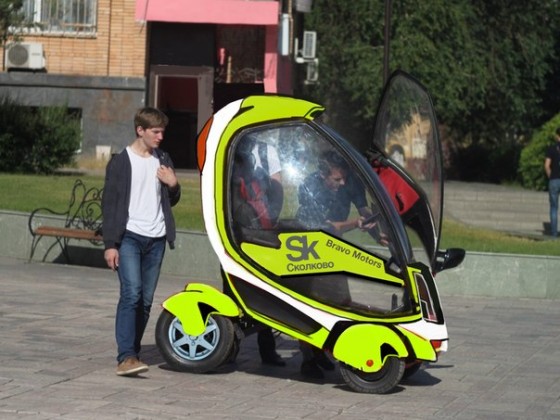 by Pekka A. Viljakainen, founder of No Fear Community and author of “No Fear: Business Leadership for the Digital Age“

Many European companies have failed to generate organic growth. It’s not that growth isn’t important or that there isn’t any money to invest. The problem is that the methods used to guide a new innovation down the road from just an idea into a real pile of money are so limited. A corporate manager traditionally takes only two different options into account: Either do it in-house or throw a lot of money at established companies and their teams. I’m familiar with both paradigms – as both a buyer and a seller – and I’ve made my fair share of mistakes as both.

In larger organizations the work involves many leadership challenges; the biggest being the ability to identify the hungriest frontline teams. In my own NO FEAR experience this is especially hard if your vantage point is at the top of the organizational pyramid. A superficial way of doing this involves all manner of innovation processes and even competitions. The thing is, all organizations include people who are not comfortable speaking up about their ideas. The identification process is also hampered by the friction and inertia that exists between middle management and other organizational levels. This is an organizational swamp in which thousands of brilliant growth-spurring ideas drown every year. If we manage to identify the 30 most viable growth ideas inside the company, you’re barely out the gate. The question is “What next?” How do you protect the team and their ideas from dying an ignoble death in the pressure generated by existing products and business fiefdoms? What demands do you set for both business and leadership growth? How do you keep the best people in projects with poor short-term prospects? How do you create a compensation model aggressive enough for this small group to feel like their options are the stunning wealth that comes with success or the “bankruptcy” of failure?

The other way of creating something new is to get a pile of cash from the company’s board and use it to buy and integrate a great variety of different companies. Corporate boards tend to favor big projects with established clienteles. It’s perfectly natural. Who wants to go to the annual general meeting and report on their flops, no matter how big or small? What inevitably follows is that the price for corporate acquisitions is pretty high and integrating the different teams is, to say the least, interesting – verging on impossible. So all talk of risk-free growth via controlled corporate acquisitions is usually bull.

There is a third way worth looking into: active utilization of the startup genre. This makes sense for both paradigms – doing it in-house and buying teams from the outside.

First of all, the best ideas should be spun off from the unwieldy corporate parent. This solves many problems and the teams are turned into real entrepreneurs. Just think about where Nokia might be today if 100 of their best ideas and patents had been spun off as separate companies back in 2004, with Nokia owning 20% of each startup. The entrepreneurs would’ve been free to seek outside financing and if their ideas had taken flight, they’d have stood to make a killing. To serve the interests of the Nokia stockowner, the company could’ve insisted on an option to buy back the entire startup in five years – at its current market valuation. If the innovation drifted too far from Nokia’s core competence, the 20% interest in the startup could’ve been sold. Nokia is only one example. I believe this would work with any of the hundred biggest companies in Finland.

Another path worth considering is buying a minority stake in startups early on, as soon as it starts to look probable that the innovation may create added value for the bigger company’s agenda. The contracts would be about the same as in the previous model I outlined, i.e. an option to buy the company later or let it go if the cooperation wasn’t working.

Both these model require a lot of effort and the ability to listen to and spar with new entrepreneurs. As far as investments go, high visibility mistakes are inevitable, so you’ll be the laughingstock at the occasional general meeting. So what? The thing is, if you look at the growth the one hundred biggest companies in Finland have achieved over the last three years, there’s not much to write home about, is there?

This article was first published in Tietoviikko Magazine and reproduced here with permission.

Pekka A. Viljakainen is former executive vice president of Tieto and co-author of ”No Fear: Business Leadership for the Digital Age“. He is also the founder of No Fear Community.