Introducing our latest column! Every week we’ll round out some of the latest technologies – gadgets or otherwise – that’s caught our eye in Singapore.

This week, we look at two mobile computing devices:

The Microsoft Surface RT, the first of the technology giant’s foray to compete in the mobile tablet market, was an excellent travel companion with its incredible battery life (almost 8 hours) and its sleek and light form factor but the current lack of apps for ARM-driven Windows RT limited its versatility.

On the other hand, the Windows 8 Surface Pro (above) which launches this week is possibly the most versatile mobile computing device, combining the form factor of a tablet with computing power that more than rivals most competing gadgets in the market. Don’t like apps? It functions like a regular PC, so you can install programs like you do a Windows desktop. In a sense, the Surface Pro fills that void between an iPad and the MacBook Air.

Sure, it may compromise on battery life and (at S$1,198 for the entry-level model, without the Touch Cover at that) it doesn’t come cheap, but you do get what you pay for. 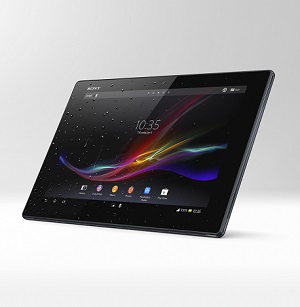 Capitalizing on the encouraging demand for the Sony Xperia Z phone, the Xperia Tablet Z is the Japanese consumer electronics giant attempt at the tablet market. Also launched this week, the LTE-enabled, Android-based Xperia Tablet Z (at S$988) is currently the sleekest, thinnest and lightest Android tablet computer of that size. And true to Sony’s forte, the device is a great entertainment device, and can seamlessly integrate with and control various home entertainment appliances such as speakers, TVs and home theater systems.

It’s water resistant too, but we don’t think a self-respecting small business owner should be soaking in a hot tub watching drama serials for that long.