by Ines Temple, president of LHH Peru and Chile, and author of “YOU, Incorporated: Your Career is Your Business“ 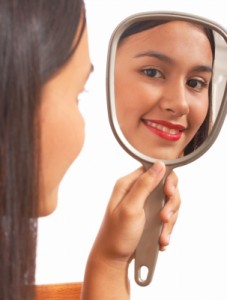 Of course, in those days, my mother was more concerned about teaching us manners than about focusing on our ability to be sincere or authentic. All the same, I think that her message had a profound effect on us and was very clear: to act consistently with everyone, to act naturally in every situation and to treat everybody equally.

Nothing beats the quality of being natural and authentic in human relationships. It inspires trust, facilitates communication, strengthens relationships and has a positive impact on one’s reputation. Career-wise, it paves the way to closing a deal, being hired when interviewed for a job, being considered for key leadership positions and, above all, being worthy of respect and valued by others.

In the professional world, however, some people take their roles too seriously. They try to be “in character” 100 percent of the time and act as if the role was theirs alone. Or, even worse, they act as if they were the role itself, forgetting that a role only stands for a title, position or commission that has been given to them — and is usually temporary.

Some set aside their sense of humor and their approachability when the role comes with power attached to it. They adopt the persona of the powerful and become distant or arrogant. And, inauthentic subordinates, impressed by those who have power, become excessively solicitous to win them over.

When someone hides their real personality behind a fake façade, we can tell they’re being phony and inauthentic. We aren’t certain who is the real person behind the role, and that leads to lack of trust. This attitude can seriously damage their personal brand, as others will perceive them as arrogant or fake.

By contrast, consistently being yourself wherever you are and with whomever you’re interacting, and affording everyone the same respect and warmth, is an extremely powerful — and rare — strength. It will gain other’s trust, respect and genuine affection. Authenticity is key to establishing real and positive relationships.

Being authentic requires showing yourself as you really are. It requires checking your ego at the door and not looking down on anyone. It requires courage and self-confidence, but also honesty and tact to “tell it like it is.” It requires going as far as sharing your vulnerabilities.

Authenticity is vital to effective leadership and maintaining a good reputation. It’s the hallmark of the people we admire most – those who always act with integrity and live the same values in their personal and professional lives.

As my very wise mother used to say, to be authentic and natural we have to practice every day. 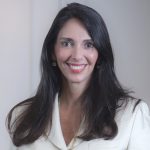 Ines Temple is president of LHH Peru and Chile, the leading career transition and talent-development organizations in both countries, and she has provided outplacement services and HR consulting to executives and other workers throughout the world. She has published over 800 articles and videos on topics such as the new world of work, personal branding and employability. Her book, “YOU, Incorporated: Your Career is Your Business“, has been a top bestseller among business books in Peru since 2012 and is now available in English.