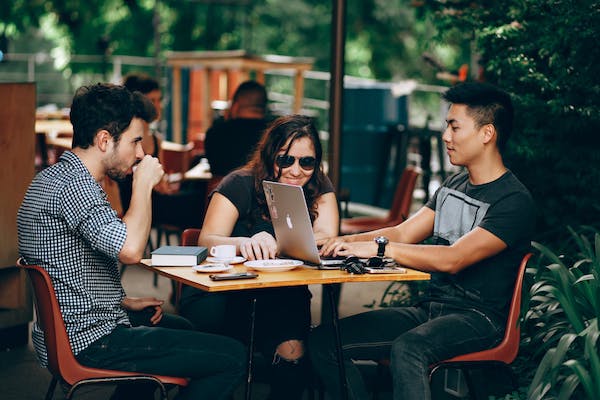 How much do today’s employees dread heading into yet another meeting? A survey of workers across the U.S. by project management company Clarizen found that the following tedious activities were preferred to meetings:

Granted, the last one on the list is truly over-the-top — the average temperature in Antarctica ranges from about -76 degrees Fahrenheit to a relatively balmy 14 degrees along the coast. And unless one is singing about their achy breaky heart, getting a mullet haircut is probably ill-advised. However, the point is clear: generally, employees hate meetings. And according to Former Captain Jay Hart, who spent nearly three decades with the Palm Beach County Sheriff’s Office (PBSO), they have plenty of valid reasons for their anti-meeting sentiment.

“Some younger workers may have a hard time believing this, but there was indeed a time when meetings were productive and positive, but in many organizations that has changed over the years — and now they are often chronic time wasters and energy drainers,” commented Former Captain Jay Hart, CEO of MCAlert and founder of Gold Shield Industries.

Jay Hart believes that the solution is not to banish meetings from the work landscape — since there are many scenarios where a face-to-face, voice-to-voice, or screen-to-screen engagements are helpful, efficient, or just plain necessary. Instead, what is required is for both meeting planners and meeting participants to hit to reset button and commit to making meetings the one thing that matters more than anything else: productive.

To that valuable — and for many employees, merciful — end, here are 10 best practices that MCAlert founder and Former Captain Jay Hart advises:

1. Take a step back and confirm that a meeting is necessary in the first place.

Sometimes, meetings are scheduled as a matter of habit or routine, rather than because they are the best way to send and receive relevant information.

2. If possible, create and distribute an agenda before the scheduled meeting.

If this is not possible because of urgency, then at least provide an agenda the day of the meeting or have it available for participants when they arrive. By providing an agenda, not only is every person on the same page for the meeting but they also know what order discussion will occur in so that interruptions are avoided.

3. Invite all relevant participants to the meeting, but…

Keep in mind that meetings with fewer people tend to be more efficient and productive. If a person does not need to be at the meeting, they should not be there.

4. If possible, avoid scheduling meetings on Monday morning — which is when most organizations hold them.

According to research by the online scheduling service When is Good, generally the best time to schedule meetings is Tuesday afternoon around 3:00pm. This is because by this time, most meeting participants have dealt with at least some of the workload crush from Monday (and which can often start building up the previous Friday!). Plus, they have more time to prepare for the meeting, along with the soothing expectation that it cannot last all day.

5. Rigorously enforce a no smartphone policy and unless it is required for the meeting itself, turn laptops and tablets off (or at least, put them to sleep).

Remember, multitasking is a myth. People cannot do two things at once. If they are checking emails or surfing the web, then while they may be hearing, they are not listening — which means that they might as well not be there at all.

6. While it is important to stick to the agenda and keep momentum flowing, do not snuff out conversation or spontaneous collaboration.

Sometimes, the most productive meetings are those that leave out the PowerPoint presentation, and replace it with authentic, old fashioned conversation.

This means no snarky remarks, exaggerated sighs, or other childish behavior that not only undermines meeting productivity but kills morale and blocks some participants for contributing for fear that they will be ridiculed, criticized or harassed for simply trying to do their job. In the same light, do not let one or two people dominate the meeting. Former Captain Jay Hart notes that often, people do not believe they are doing harm by dominating a meeting. A friendly reminder before the meeting can go a long way while not being rude.

8. Like basketball and football coaches, meeting leaders need to keep an eye on the clock to assess whether agenda items are being addressed in an efficient way, and that participants are not drifting outside of the scope.

And speaking of time: make sure that meetings start on time, and in an appropriate way (usually after the meeting in a one-to-one conversation), hold latecomers without a valid excuse accountable for their tardiness.

9. At the end of the meeting, invite participants to provide feedback.

Or, as they say at weddings, they should be prepared to forever hold their peace (at least until the next meeting!).

10. After the meeting, provide participants with a summary of key points and agreed-upon action items.

Small businesses can typically send this information out through email or upload it to a shared folder (e.g. Google Drive). Larger organizations probably need a more sophisticated tool like a project management system to distribute and store this information.

Meetings are not the enemy, and never have been. Instead, unproductive meetings are the real threat. Former Captain Jay Hart explains that it may sound like a pipe dream for some folks who are struggling to find any reason to like meetings, but meeting planners and participants alike who keep the above 10 best practices in mind will go a long, long way to ensuring that their meetings are rewarding instead of regrettable.