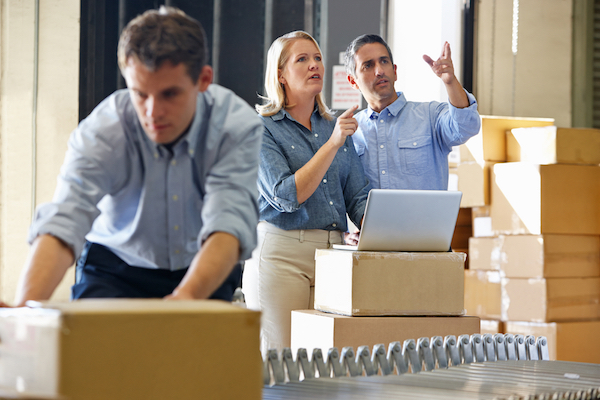 Over the last couple of years, confidence has finally returned to the manufacturing sector after years of post-recession negativity. During that time, employees were often fearful of making moves to new companies because they were worried that such moves might lead to them being laid off. But now, as the sector improves and gains strength, workers are gaining more confidence and assessing their options. The result has been higher turnover and added costs for owners.

Festo recently commissioned a survey on the subject, asking manufacturing employees a bunch of questions about their work and the future. The agency found that more than 25 percent were planning on quitting their job and moving on in the next year or so. A further 46 percent said that they were ready for a change and 35 percent stated that they were actively looking to move to get a pay rise or promotion.

These sorts of statistics should have employers worried: after all, holding on to experienced workers is important for both morale and productivity. Often your most skilled workers are the ones training new staff and making sure that the team is carrying out operations correctly.

On top of all of this is the fact that the manufacturing workforce is ageing rapidly. 15 percent of all workers are now approaching retirement, meaning that manufacturers face an era in which it will be hard to source the skilled engineers and technicians they need to run their plants. According to the study, 82 percent of employers said that their companies were in the midst of a skills shortage and that they couldn’t source the talent that they need in order to remain competitive.

As a result, it’s employee retention should be a priority for your company if it is going to keep its skill base and be competitive on the global stage. Take a look at these ideas for improving employee retention.

As a boss, you’re interested in the welfare of everybody who has a stake in your business. That includes customers, suppliers, and, of course, employees. But middle-managers might not have the same perspective. Instead, they can be cold, target driven and not particularly focused on the people who work under them. Studies have shown that most people don’t quit their jobs, they quit their bosses, meaning that the most likely suspect for a high turnover rate is the quality of your management.

The problem is rarely the work itself. Even if your employees are just pressing a button on a production line over and over again, that probably isn’t what will cause them to want to leave for something else. If however, you’ve employed a manager who is a tyrant who doesn’t listen, then it’s a lot more likely that people will leave. Work that is boring is a lot more tolerable than work where employees feel as if they are constantly in danger of reprimand. Take a look at your bosses, collect feedback from employees, and fire people who don’t conform to your firm’s values.

Silicon Valley is a leader in many aspects of employee retention. Many of the companies located there have unique and interesting perks, like nap pods or free meals at the canteen. In the factory setting, these types of perks are less common, but they are important if you want to give your company an edge over your competitors in the labour market. One idea is to create connections with other companies and then offer employees the chance to get things like VIP tickets or special discounts at local restaurants.

Peninsula Group’s HR consultants stress the importance of getting a handle on some of the more mundane tasks involving in looking after employees. These tasks might be dull from your perspective, but organising things like holiday time is critical to your employees. Being consistent with things like time sheets, pay slips and employee progression is important, even in the run-up to Christmas. Employees will appreciate a properly functioning HR department that respects their time and their wishes while delivering a predictable service all year long.

Your managers spend 80 percent of their time helping the bottom 20 percent of your workforce. That’s good for your least productive employees; but what about your most productive? Over time, the best employees can feel unsupported, and this can cause them to look elsewhere for a firm that will appreciate their talents and skills. Some advice: train managers to reward top performers and make sure that their contributions don’t go unnoticed.

Factory work isn’t always the most rewarding work for employees, even if you’ve got a great team. That’s why so many workers are looking for alternatives. Often workers can get paid 10 to 20 percent more just by hopping over to another company. Worse still, taking on a new employee and training them up to an adequate standard can cost you between 30 and 50 percent of their basic pay. Because of this, it’s a good idea to bump up how much you pay to make jumping ship less attractive. Paying well means that you avoid losing key workers and you avoid having to shell out on new employee training.

No doubt employees dread their end-of-year evaluation. They’ve been working all year, and during that time, they’ve done thousands of little jobs. Keeping track of their performance in all of them and then distilling that down into a single session is hard, if not impossible.

A much better idea is to give employees regular guidance and feedback. Don’t spam them all in one go about all of the things that they can do to improve; instead, monitor them throughout the year and offer guidance on how to perform at work better. Guidance, rather than condemnation, will always be more effective and help to keep people on your team for the long term.