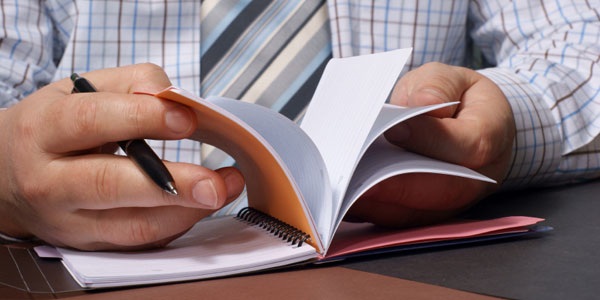 By Jason Brown, associate in the San Francisco office of Fisher Phillips

Independent contractors, interns, wage exemptions, hiring and firing, trade secrets… these are the most common concerns that impact entrepreneurs and emerging companies. Most young companies face ambitious tasks in the realm of funding, securities, corporate formation, insurance, intellectual property, and compliance; however, for many of these companies, it is the people that come and go that will have the most significant impact. Decisions on hiring, firing, and employee classification are often the most difficult to navigate legally, and trade secret theft is always a looming threat.

Classification is the way in which a company defines employees, independent contractors, interns, owners, partners, and exempt salespersons. For an emerging business, the word “employee” tends to be the least attractive option for a number of economic reasons. This year, due to the numerous state and federal laws in place to protect employees and make sure they are properly designated, we saw an increase in the number of lawsuits filed against employers. In 2017, we will likely see an increase in the number of cases, which can involve a single employee or an entire class, challenging the company’s decision to classify a worker as anything other than an employee. What makes these cases scary is that under both state and federal laws, significant penalties may be imposed on employers, and lawmakers will continue to view any creativity in classification as negative.

That doesn’t mean that these models are toxic. In fact, for most emerging companies and entrepreneurs, hiring independent contractors or interns and establishing creative ownership structures can be an effective means to building business with very little cost of labor. Generally, interns can be used if they are primarily in training, while independent contractors and consultants can be used if they are given complete autonomy to provide the service requested. Furthermore, salespersons can be exempt if they are paid certain thresholds and are paid under certain properly structured conditions. Businesses can create company ownership structures via stock allocation that eliminate the need to designate someone an employee at all. For example, in 2017, it will still be possible to have someone legally “work for free,” but it must be under specific conditions recognized by federal and state law. Eventually, the company will grow, the compliance and human resources functions will develop further, and employees will most likely emerge as the preferred classification. But until then, there are other classification options that can be deployed, so long as they are reviewed closely and carefully and adhere to all laws.

The Equal Employment Opportunity Commission (EEOC) releases stats annually on the number and type of claims it receives and processes. According to recent findings, the trend is clear. Retaliation is the #1 filing with the EEOC, and it has consistently been the top legal filing at all levels. But what is retaliation exactly? It is an examination of behavior after the allegation, and it is a major problem for emerging companies and entrepreneurs. Because of potential federal changes in 2017, it will be hard to predict at this time whether claims for race discrimination, gender discrimination, and disability discrimination (the other three major filings) will increase or decrease. But it can be certain that retaliation will stay, because it is unrelated to any of these. Retaliation arises far more from ego, emotion, business necessity, and employee malingering than from actual discriminatory conduct – and that is what many entrepreneurs fail to recognize. Retaliation prevention also takes the most sophisticated form of compliance to prevent, so emerging companies often either don’t realize it is occurring, or don’t have the resources to prevent it. 2017 will undoubtedly continue to see retaliation claims being foremost among claims for wrongful hiring and firing, and should be a major concern for the compliance-minded entrepreneur.

In the world of copyright, patent, and trademark laws, trade secrets tend to be the outsider, and for good reason. Trade secrets are very different from the other forms of intellectual property, as it is softer and more flexible, but also more prone to covert theft and clandestine mobility. Trade secrets disputes can be expensive, can involve lengthy legal battles, and will always pit a person against the company that they left. Emerging companies and entrepreneurs cannot afford to have their confidential work, client lists, and proprietary models taken, but they also cannot keep those secrets locked in a vault. Most employees have access to information in its entirety, and we now live in a world in which employees tend to change employers more often than ever before. 2017 will continue to move toward this trend of increased employee mobility, and less safeguards for employers on things like drug tests, background checks, permissible interview questions, and others. With increased employee mobility and less questions, illegal trade secret mobility must be a critical concern for entrepreneurs and emerging companies, and this is equally important whether the company is losing an employee or gaining one from somewhere else. Having the proper policies and contracts in place to avoid the improper transfer of trade secrets in either direction could be the difference between an amicable transition and a lawsuit.

For entrepreneurs and emerging companies, now is a dynamic time. 2017 will bring a big change to the federal political landscape, and with it will be changes to federal workplace laws – changes that many think will be favorable to employers. But make no mistake, worker classification, retaliation, and trade secrets will continue to be on the top of the list for workplace law compliance for entrepreneurs and emerging companies, and having clear plans for addressing each of these issues should be the core focus for 2017. 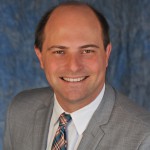 Jason Brown is an associate in the San Francisco office of Fisher Phillips. Jason focuses on litigation prevention and litigation defense, as well as generally advising management and human resources professional on the myriad issues that arise in the California workplace.