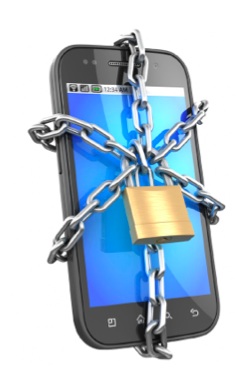 Wi-Fi, both free or private wireless local area networks that allows users to access the Internet, will soon be everywhere. According to the Wireless Broadband Alliance there has been unprecedented growth in Wi-Fi hotspot deployments around the world, at a rate predicted to rise 350% by this year alone.

Even in Singapore, free, public Wi-Fi networks are increasingly getting popular across the country with hotels, cafes, restaurants and even some public buildings provide the service for the public to access the Web, which help offload some of the strain off mobile operators whose networks are struggling to deal with the demand for mobile data. And as Singapore embarks on its Smart Nation initiative to build an ultra high-speed, new generation ICT infrastructure for the country, connectivity through public Wi-Fi is only going to get more pervasive.

But this trend is bringing its own host of challenges. According to an Avast survey of close to 200 Singaporeans, the Internet security solutions provider discovered that a whopping 86 percent of survey participants prefer to join unprotected Wi-Fi networks over secure ones that require a password.

Consumers choose to join free, public Wi-Fi networks – many of which do not require registration or the use of passwords – for convenience or to avoid data overages. Additionally, 44 percent of respondents never or only sometimes turn off their Wi-Fi transmitters and enable their mobile devices to automatically join public Wi-Fi networks, leaving a large window for hackers to easily access sensitive personal information. When connected to public Wi-Fi, a mere five percent of Singaporeans use a virtual private network (VPN) to protect their mobile devices. Overall, seven out of 10 respondents access open, public Wi-Fi on a monthly basis. Fifty four percent connect daily or many times per week.

The risk of using public Wi-Fi without a protected Internet connection leaves users’ personal information vulnerable to cyber criminals, says Avast. “As mobile cloud storage becomes more popular and the quest for free Wi-Fi continues to grow, open networks that require no passwords place unprotected consumers at great risk of compromising sensitive personal data,” shares Vince Steckler, CEO at Avast. “The majority of Singaporeans don’t realize that all the personal information on their mobile devices becomes defenseless over public Wi-Fi if used without protection. These networks create an easy entry point for hackers to attack millions of Singaporean consumers on a daily basis.”

Unsafe even at home.

In another survey of around 500 households in Singapore, Avast also found that the majority of Internet-connected households here are at a risk of getting a cyber attack through their wireless router, mainly due to poor or non-existent security protocols. The survey revealed that more than half of all routers are poorly protected by default or common, easily-hacked password combinations – admin/admin, admin/password, or even admin/<no-password> – while many use easily guessed information such as their address, name, or street name as their passwords, opening themselves up to the likes of malware or DNS hijacking. Only 1 in four use more than a basic firewall for network protection.

“Unsecured routers create an easy entry point for hackers to attack millions of Singaporean home networks,” adds Steckler. “Our research revealed that the majority of home routers in Singapore aren’t secure. If a router is not properly secured, cybercriminals can easily gain access to an individual’s personal information, including financial information, user names and passwords, photos, and browsing history.”

Even as Singapore charges its way into the next decade on the backs its Smart Nation drive to make the lives of its citizens better, there needs to be a look at how the country can show its people how to access data in a more secure and safe manner.