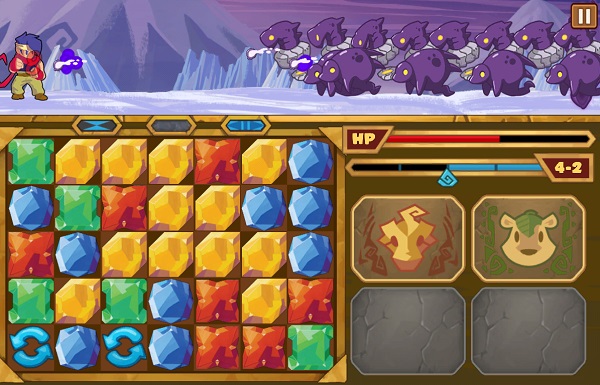 Despite the country’s modest size, the tiny island of Singapore seems to be producing game development firms at a prodigious rate. Likely encouraged by various government schemes to grow the games and animation sector, the Singapore video games industry in recent years have expanded rapidly, growing from $87 million in 2005 to $285 million in 2007. But while most of the news revolve around the larger global industry games development, publishing and services-related companies such as Electronic Arts, LucasArts, Tecmo Koei, and Ubisoft, it’s the local homegrown talent that’s been quietly driving the scene.

Take homegrown games studio Daylight Studios, for example. Founded in May 2011, the small outfit quickly pushed out its first game Reign of Heroes – a mobile social game for feature phones – by the end of that year, which grew swiftly to host more than one million players. They followed up that success with Reign of Heroes Turbo and (the discontinued) Hisho Collection Mall Empire in December 2012. 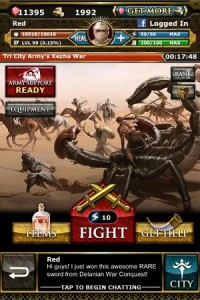 While PC and online games continue to remain popular, the mobile games sub-sector is expected to grow much faster as game players opt for convenience and popularity, coupled with the rapid worldwide adoption of smartphones. According to Gartner, the worldwide video game market, which includes video game console hardware and software, online, mobile and PC games, is forecast to reach US$93 billion in 2013 and US$111 billion by 2015. Specifically for the mobile games, worldwide revenue is forecasted to surge from US$13.2 billion to an expected US$22 billion in the same period.

Daylight Studios aims to have a piece of the action with two newly-launched mobile games, Conquest Age (right) and Spirit Horizon (above). Conquest Age is a fast-paced, skill-based and fully animated role playing game (RPG) for midcore to hardcore gamers made for iOS devices, while Spirit Horizon is an engaging and visually captivating fantasy puzzle adventure game catered for all age groups available on both iOS and Android devices. It took the team of 20 some 14 months to develop both games, said Don Sim, the co-founder and CEO of Daylight Studios.

To help reach a wider audience, the mobile games developer is partnering Singapore-based interactive entertainment publisher and distributor IAHGAmes to penetrate the Singapore and other key Southeast Asian markets such as Malaysia, Thailand, Vietnam and the Philippines. “This is the first time we are launching made-in-Singapore mobile game titles,” said IAHGames Director of Games Management, Mr Jonathon Sze, “(But) with our extensive network of 37 million gamers in Southeast Asia, we are well-poised to bring locally-created games successfully to the regional markets.” IAHGames recently helped the US-based game developer, NASDAQ-listed Take-Two Interactive Software to achieve record sales of US$30 million for the wildly-popular games Grand Theft Auto V (GTA V) and NBA 2K14 in Singapore and the region.

“With the dramatic growth in mobile devices (smartphones and tablets), we see great potential in mobile games,” adds Tze. “Mobile games are the fastest-growing segment, with revenue set to nearly double between 2013 and 2015 from US$13.2 billion to US$22 billion. In view of this bullish outlook for mobile games, we are optimistic of positive returns from our partnership with Daylight Studios – which will open up for us new revenue streams in mobile entertainment.”