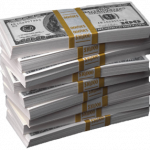 Money makes the world go round – and even better when you’re using someone else’s money.

This century has seen plenty of controversial bailouts. From rescuing banks to saving automakers – and even an odd country or two – we’ve seen massive loans issued out in recent times in the hopes that the urgent infusion of money will prevent financial turmoil in those industries or economies. The following infographic shows us six of the most influential loans that occurred in the 21st century: