by Peter Weddle, author of “A Multitude of Hope: A Novel About Rediscovering the American Dream“

The national mood remains anxious, worried. We have millions of Americans out of work, many of them Baby Boomers who’ve seen what they worked for these past 30 years disappear: a predictable career, financial security, home equity, retirement savings. The foundation they’ve worked so hard to build seems to have collapsed before their very eyes.

They feel lost. They see hedge-funders and investment bankers as having hijacked the American Dream from the middle class. Boomers – and all working Americans, for that matter – feel as if all of the opportunity has been sucked out of the land of opportunity, and they don’t know how or even if they can succeed in this changed world.

But America is still the leader of the global economy and its future is as bright as it ever was. Why? Because Americans are individually prone to innovation and creativity, and collectively, the most diverse pool of workers in the world.

For all the unresolved immigration issues we have in the United States, we still have the best workforce on the planet. Our diversity gives us a huge advantage over the competition in the global economy. We have every kind of talent the world has to offer, while other countries such as China, India and Japan have very homogenous cultures so everyone basically brings the same talent to the table.

That talent, however, is being wasted. The U.S. workplace has become an investor-driven market, a place where workers are treated as disposable cogs who are costs to be minimized rather than capabilities to be maximized on-the-job. The only way out, therefore, is something I call “economic disobedience.” If every American stands up and demands their right to be employed as a person of talent – and if they then elevate that talent and bring it to work with them – they can reclaim the American Dream.

Baby Boomers are already beginning to do this. The number of 50- to 64-year-olds enrolled in college jumped 17 percent from 2007 to 2009, according to the National Center for Education Statistics.

These are the people who see this time as a moment of liberation – a chance to reinvigorate their talent so they can perform at their peak on-the-job. And that self-reliance and individual determination is how our country will recapture its mojo.

People don’t necessarily have to go back to school or reinvent themselves. But they do need to identify their talent – their innate capacity for excellence – and take a proactive approach to integrating it into their career. It may be a gift for getting things organized, for resolving conflicts, for explaining complex topics in simple terms. Every single one of us has a talent and when we apply it at work, our job satisfaction – and our pay – goes up.

Instead of work being a four-letter word, it becomes something to get excited about and to feel good about. We rekindle our self-confidence, self-respect and determination and we produce an economic revolution that restores democratic capitalism. 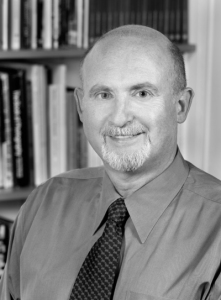 Peter Weddle, a former recruiter and human resource consultant, is the CEO of the International Association of Employment Web Sites, a trade organization. He has written or edited more than two dozen non-fiction books regarding careers and employment; “A Multitude of Hope” is his first work of fiction. Weddle is the founder and former CEO of Job Bank USA, Inc., one of the largest electronic employment services companies in the United States.