Until 1954, no athlete had ever run a mile in under four minutes. Everyone said it was physically impossible, until one day Roger Bannister broke that barrier. He wasn’t a star athlete — he attained this record with minimal training, while practicing as a doctor. What did he do differently? How could a regular, everyday man become the first person to do the “impossible?” He had a mental shift, a change in his mind. He believed he could, so he did.

Bannister’s record lasted just for 46 days. Within two years, 37 people ran a four-minute mile, and since then, over 20,000 people have done it. It took just one person’s action to shift the entire belief system of thousands of people.

I was at the Lakers game where Kobe ruptured his Achilles. Exactly six months later, I ruptured mine in a game, I recall the entire incident. The first two quarters I was not playing explosively because the gym was cold and I didn’t feel confident enough yet to go full force. Around halftime I felt my body start to loosen up and thought to myself, Okay, it’s time. I caught. the ball on the wing by the three-point line to make a move to drive past my defender and as soon as I exploded off my right foot, pop! I fell to the ground, the whistle blew, a foul was called, I looked behind me to see if someone kicked me but it was only the referee standing on the baseline, that is when I knew I ruptured my Achilles. I witnessed and heard Kobe tell his story so that immediately came to mind. But trust me, I didn’t even think about shooting free throws.

However, I did sit on the sidelines and watch our team finish the game; it was a mandatory win to make it to playoffs, and had I asked one of my teammates to take me to the hospital, we would have had to forfeit.

I believed I could sit there, muscle through the pain, finish the game and have a good recovery because my favorite player did it. After the game, I went to the ER and shortly afterward, I began my journey of learning how to walk again. As hard of a hill this was to climb, I believed I could do it because Kobe did it. Thanks to a friend who works for the Lakers, Kobe actually gave me a pair of his shoes to recover in. This made me believe even more in my recovery!

I gained 20 pounds during this time since I couldn’t work out. I didn’t like the way I felt or looked, and my jeans fit tighter, but I refused to buy new clothes. What did I do instead? Diet!

Millions of people are dying because of what they’re eating, but more people are dying because of what’s eating them. Most people’s daily diet consists of Instagram, Facebook, news, and things that fuel their negative beliefs. Because of social media, most people won’t be successful because they don’t actually believe they can. They were taught that money is evil, that you need money to make money, that rich people are bad, and “the man” is holding them back.

If this is what you believe, it will always be the case for you. You can only produce what your brain thinks you’re capable of. For example, have you ever noticed how once you buy a specific car, you see that car everywhere? They have always been there, but you have made your brain aware, so now its filter (called the reticular activator) is searching to produce what you have programmed it to do.

Think of a rubber band. How does it grow? You have to apply tension between two points. When the tension is not there, it doesn’t stretch and grow.

Your belief system works the same way. For you to believe you can do a thing that you haven’t done before, you have to step out in faith and stretch your thinking to believe that you can do what you’ve never done before. Don’t limit yourself based on beliefs that were anchored in you by past experiences, by your upbringing or people you hang out with.

Furthermore, when you stop stretching for the wrong things, then you allow the right things to help you grow. Here is a list of eight things I suggest that you give up, if you want to grow. 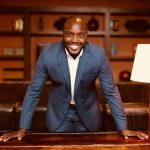 André Stewart is the founder and CEO of InvestFar Capital, Residual Roads Business Institute, and InvestFar, the first mobile app that lets you purchase, renovate, sell, or manage an investment property remotely globally. He is also the author of “The Real Estate Investing Diet: Harnessing Health Strategies to Build Wealth in Ninety Days“.