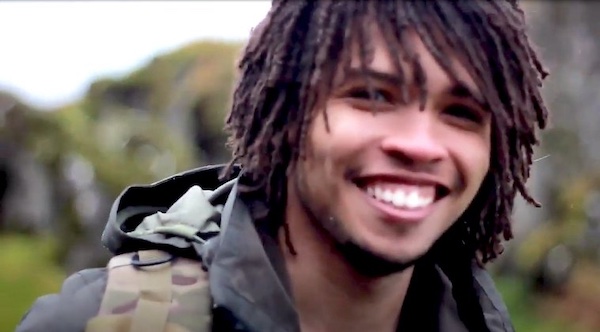 The onset of the pandemic has made entrepreneurship an increasingly desirable career path. Despite this popularity, entrepreneurship is extremely challenging, leading to a great number of startups failing in the process.

While some people are destroyed by challenges, others overcome them with indomitable will. Mike Norton belongs to the latter.

Having lived a life of struggle, Mike has built not just one, but two businesses – a defense technology engineering firm called Wolven Industries and a marketing agency called OMI Firm. He is a living example of transforming a bad situation into a launchpad for success. It’s not just the startup journey that he went through, but also the psychology of self-mastery driving how he’s done it.

Mike spoke with YoungUpstarts about his beginnings, triumphs, challenges, and his well-honed point of view on finding success.

Here are the highlights of our conversation:

1. When did you know you wanted to become an entrepreneur?

I knew I wanted to become an entrepreneur before I even knew what the word meant. My first-ever business was a cute little attempt to be a private-eye when I was a young kid, about 8 years old. I received payment to track down someone’s missing bicycle in Marlton, New Jersey.

2. What do you enjoy the most about being an entrepreneur?

The freedom it grants me to say what I want, behave how I want, and do what I want, so long as it’s within my code of morals and is compatible with my audience’s. This is what renders a person almost entirely immune to “cancel culture.”

It’s important, though, to note that with this freedom comes responsibility: you should have a genuine code of ethics that you follow which is in alignment with the audience that supports you.

It doesn’t matter whom you anger or offend outside of that realm; they’re not your target audience, nor are they the ones who buy from you or contract your company. They’re not the ones who pay your bills.

3. What challenges did you have to overcome at the beginning of your journey?

Everything from undetected tumors in my skull, to newborn babies, to Chinese legal restrictions on my ability to create a business.

When I started my entrepreneurial journey, I was living in China. To run a business in China, you must give up 51% of the business’ ownership to a Chinese citizen. Many foreign nationals have been taken advantage of or even lost their businesses altogether due to that. I created my digital business outside of the Chinese firewall while leveraging my citizenship as an American to get out of the economic trap of having to give up 51% of my business before I’d leave the country.

Yet, none of those were as big an obstacle as my own psychology; I’ve found that entrepreneurship has been an internal journey just as much if not more than it’s been an external one.

4. Who is your biggest inspiration as an entrepreneur, and what motivates you to develop new ideas for your business?

I don’t agree with or condone everything Elon Musk does, says, or believes in. I’m not an irrational fanboy of his cult of personality; yet, his influence upon me as an entrepreneur, when observed as objectively as possible, is undeniable.

5. What does a typical day look like for you? Have you adopted any daily habits?

A typical day for me is anywhere between 12 to 15 hours, since I run two companies: my marketing firm and Wolven Industries, my technology startup. I’ve set up a literal multi-monitor command center in my living room, from which I can run both companies at the same time using the combined interfaces of communication software like Slack and task management software like Asana.

I spend the vast majority of the day working for my own companies. Then, I spend after-hours working on my companies. Many don’t know the difference. I fall asleep anywhere between 1 am to 3:30 am in the morning.

Meanwhile, you might think that means no time for family, but on the contrary: Because I’m home, every break I take is spent playing video-games with my children, or spending time with my wife alone, or with the entire family as a whole.

My children, as they grow, usually sit at my same work table, and I coach them, answering their infinite array of questions, about both entrepreneurship and life in general, as they play video-games on monitors I’m not using or pretend that they’re being like me as they draw on my whiteboards.

The daily habits I have pertain to self-reflective journaling, exercise, and studying. Journaling helps me to gain self-awareness, which influences every decision I make. Exercise has a multitude of benefits not only for the body but also for the brain, such as maintaining my IQ as I age. And studying with a philosophy of lifelong learning with an infinite growth mentality helps me to not just keep my edge…but multiple edges in multiple topics.

6. What strategies did you first use for marketing your business?

It depends on which business this question pertains to.

For my marketing firm, OMI Firm, I rely on varying forms of social media outreach, paid advertising, and direct application to companies looking for services like mine.

For Wolven Industries, however, I don’t actually have to market that much, per se. Since we gained approval to compete for military contracts for both NATO and American militaries, there’s a private interface that we can use to apply for each contract, as well as military contacts we’re connected to, to pitch ideas.

Besides that, though, again…the usual social media advertising and outreach.

7. Knowing what you know now, is there anything you would have done differently when you first started out? Do you have any indelible lessons?

Business model is everything. When trying to scale a marketing firm like mine, you need human capital: skillful people you can trust and delegate things to.

If I were to speak to myself eight years ago when I first started out, I would tell myself to cut the sentimentality you have for so-called “friends” you can’t actually rely on and to not give up when your first attempts to hire people don’t work out.

Once you can measure the annual value of one functional segment of a simple business model (from CEO to executive assistant, to content production, and so on), scaling it to a multimillion dollar one is just a matter of replicating that which worked in the micro (work on clients) over and over again throughout the macro (work on your own company.

The other thing I would tell myself is to keep the third-parties, like Upwork, that verify your reviews…why? Because they are what is going to set you apart in the long-term against competitors who are otherwise con-artists who can fake reviews.

8. What qualities do you seek while assembling a team?

Both culture and skill are paramount, but skill can be built while cultural compatibility cannot. So, while I do aim high with requirements like college degrees and portfolios, I’ll take a trustworthy person with no education but great potential that I can train, mold, and grow to trust my life with…over an untrustworthy person who is a rockstar, any day.

9. What do you think is the single most important quality to be successful in business and life? What would your advice to new entrepreneurs be?

This is different from merely general persistence. If you’re trying to climb a mountain and fail, you’ll only fail again if you don’t reflect to gain wisdom and change what you do about how you climb with each attempt.

Embrace the emotion that drives you. Know why you want to do whatever it is you want to do. And then persistence takes care of itself.

When I was younger, rage used to motivate me. But as I’ve self-actualized while gaining self-understanding through self-reflection, what motivates me more than anything is a highly unlikely and often doubted but genuine love for my civilization.

An appreciation for the people who made me that I’d like to give back to.

10. What has been your most significant achievement to date?

That’s a very philosophical question with multiple possible answers. Observers who have been following me for a long time may say one thing, and have a point, but here’s what I think my most significant achievement is to date: the foundation of a legacy that breaks a long generational cycle, able to last throughout the ages with the power of story. My life story can inspire all different kinds of action, both political and entrepreneurial…generations after I’m gone.

To me, that’s worth infinitely more than any amount of dollars I’ve earned or any individual products I may innovate or invent, or contracts I land.

My greatest achievement is a matter of principle and what my story means via the power of the monomyth, while achieving genuine overall contentment about how my life turned out despite how it started by looking within instead of without…and everything about what all of that could mean for others.

I thought and sought to change myself before I changed others…and did not end up disappointed.

11. How do you envision the future of your business?

I envision a very real possibility of gradually increasing unicorn success, but this is not because of a pipe dream…I have actual action steps for getting there.

For instance, OMI Firm is about to start buying into startups Berkshire-Hathaway-style, which is a multibillion-dollar business model all on its own.

…and that’s not even touching the potential for Wolven Industries.

12. How do you define success as an entrepreneur?

Contentment, the extent of one’s freedom, and lasting influence on our society. Little to nothing to do with money; money is only a conduit that’s not even always necessary.

While Wolven Industries started as a vague childhood dream, the firm is currently on the verge of launching its first product, the uRay, a handheld and battery-powered UV-C cleanser that differs for similar devices on the market with its unique safety features and sufficient potency to disinfect surfaces in seconds.

Just like Mike, success stories come with an enormous amount of hard work and a backstory. The full backstory of the conceptional talent driving Wolven Industries is available on Amazon. If you haven’t read “Fighting For Redemption: An Underdog’s Memoir” yet, you can do it here: