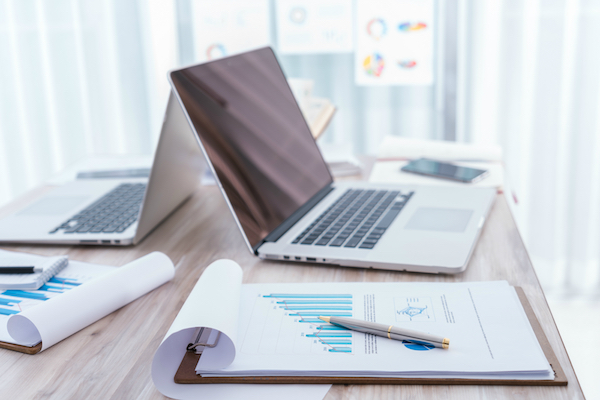 by Hemant Taneja, managing partner of General Catalyst, and author of “Intended Consequences: How to Build Market-Leading Companies with Responsible Innovation“

Growth is good. Growth should be the goal of any company. But hyper-growth, or blitz-scaling, for the wrong reasons is irresponsible and potentially harmful. Wrong reasons include using growth as a way to “win” a market, as a path to cashing out for a lot of money, or because investors pumped the company full of excessive capital that the company is then expected to spend on growth.

From the dawn of the dot-com boom in 1995 and through 2020, “responsible growth” might’ve seemed like an oxymoron in Silicon Valley. The tech startup ecosystem was more likely to celebrate any means of growth. Hyper-growth made headlines. It hypnotized investors. But now some of the reasons for that attitude look like myths.

One of those myths is that we’re in a winner-take-all economy, so that in every market category, one company is going to run away with 75 percent-plus of the economics and everyone else will get the scraps. That may have been true twenty or even ten years ago, when a lot of startups were network-effect companies, which meant everyone would want to belong to the biggest network. These are companies like Facebook, LinkedIn, Twitter – or companies like Google, where as more people use it, the better its algorithms get at search, which in turn convinces more people to use it…and the flywheel keeps spinning faster, leaving competitors behind.

But today, many startups are reinventing big, long-standing industries that impact everyday life – industries like insurance, healthcare, energy, banking and shipping. The same network effects don’t play out. These markets are enormous. Look at Gusto: it’s built a multi-billion-dollar business by serving 100,000 small companies in a market where there are millions of small companies yet to be touched by it. Tesla isn’t going to make all the electric cars in the world. Teledoc isn’t going to replace all in-person doctor visits by offering them virtually. In these kinds of industries, market domination is almost impossible. Instead, companies should focus on aggressive but manageable growth rates over a long period of time.

Another myth has been “first mover advantage” – the idea that being first to introduce a new technology or business model confers an enormous lead over those who follow you. That mentality is used to justify irresponsible tactics like “move fast and break things.” But that myth has been exploded by the many first movers that have tanked while latecomers succeeded. Google wasn’t the first search engine. AWS wasn’t the first cloud computing platform. Netflix wasn’t the first streaming video service.

Silicon Valley has been obsessed with this idea of backing the hacker- entrepreneur who moves fast, puts out a least viable product, and iterates. But that is not well-suited to building responsibly.

What can confuse people is that sometimes irresponsible innovation works. It most famously worked for Uber. The company’s caustic culture celebrated breaking rules and behaving badly. Instead of working with cities, it stormed into them and later asked for forgiveness, counting on policymakers to be too scared to take away a service that consumers liked. But operating that way is a gamble. Uber got lucky, though it has faced major challenges from cities like London and New York. But more often, the gambler loses.

We should be celebrating the empathetic entrepreneur who understands customer needs deeply and figures out the responsible way to serve them, even if it comes at the expense of some growth. Such companies, like Gusto, plan to be around for decades, and they set up a business model, culture and governance with that goal in mind – then monitor metrics to make sure the company stays on track.

There is an optimal growth rate unique to each company. What is the pace of hiring required to service the next market segment, and can the company get the right employees and properly train them? How complex are the logistics of delivering new services? Such questions help figure out a growth plan that makes sense.

Other companies I’ve been involved with have scaled responsibly and aggressively. One is Stripe, the online payments company that has become the commerce backbone for the tech startup ecosystem. Providing an online payments API globally was a massive opportunity. Stripe took it in steps, building from its core. It wanted to first get the majority of newly-founded companies to sign up for their commerce capabilities. That ensured Stripe’s future. Then it started to go upmarket to also serve companies that have been around for a while.[1]

The other right-scaled company is Livongo. Its objective is to keep consumers with diabetes healthy. Those consumers have many co-morbidities, like hypertension and obesity, and Livongo realized it needed to deepen its offering much sooner to address those conditions because it was the right thing to do for its customers. In general, the decisions about how fast to scale and why are different for every company.

It’s important to acknowledge, too, that outside forces impact growth and must be managed. Something I hear from every founder who wants to build responsibly is that it’s vitally important to choose the right investors and board, making sure they share the same mindset. The wrong investors will focus on the short term, pushing for fast growth and a quick return on investment. The right investors will want to be partners for the long haul, building a company that matters and lasts for generations.

Choosing the right investors and board isn’t enough. It’s up to the founder to constantly reinforce the message of responsible growth, conditioning investors and all stakeholders to embrace such a philosophy, and doing it over and over again. The best CEOs leave no question about their stance: They want to build an enduring company that benefits society and stakeholders alike.

[1] I was a very early investor in Stripe and watched all this play out. 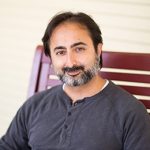 Hemant Taneja is an investor, founder, and author of “Intended Consequences: How to Build Market-Leading Companies with Responsible Innovation“. He is the managing partner of the venture capital firm General Catalyst. Taneja and General Catalyst are investors in market-leading companies such as Airbnb, Commure, Stripe, Livongo, Samsara, Snap (NYSE: SNAP), Olive, Applied Intuition, Grammarly, Gusto, Ro, and Warby Parker.