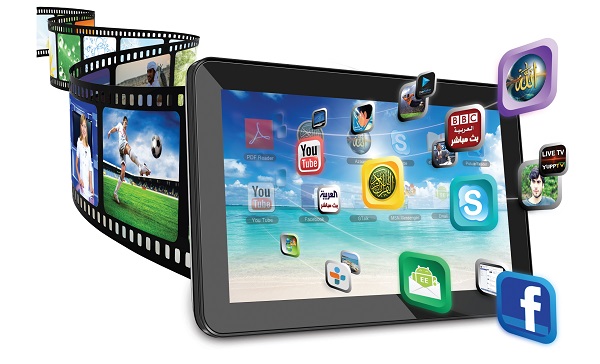 Over-the-top (OTT) and Connected TV (CTV) devices are two great ways of accessing TV material that can easily be confused. So, let us take a look at the differences between the two, and which is better.

Over The Top, or OTT for short, refers to any streaming platform that offers content media over the internet and over the top of another platform. They enable video and media to be streamed via the internet on any device. These streams circumvent established broadcast services and satellite platforms, going over the top of the cable box and television. OTT platforms provide video and television content to be streamed via the internet, take Netflix and Amazon Prime for example, but OTT can also be in the form of audio, evident on platforms like Spotify.

OTT services essentially allow you to stream various forms of material like video or music from any compatible device over the internet or another network connection. To access the whole material collection, these services often require a paid monthly or yearly membership subscription. The content can be accessed at any time and does not require or demand viewing.

Any online streaming service that allows you to watch video material such as movies, and TV shows on several devices at the same time via the internet is an over the top service, take Netflix, Amazon Prime Video, Disney+ and Apple TV+ for example.

CTV, which refers to connected TV, is any form of television set or device that can transmit content over the internet – they often provide videos that are delivered via downloadable applications.

Smart TV – This is a TV with an integrated internet connection and media services, meaning that no other hardware or additional installments are required to broadcast content on the TV.

Gaming consoles – With their built-in app stores, gaming consoles such as Xbox and Playstation may operate as the linked device, delivering video content to your TV.

Connected device – Devices which are connected to the internet and connect directly into your television, allowing video streaming to be utilized on the TV regardless of its type. – it doesn’t have to be smart. Examples include Chromecast and Roku.

Although a CTV device may be used to broadcast OTT content, the phrases are not interchangeable.

In addition to conventional network providers, OTT is a distribution channel for video material online, typically via streaming or video on demand. CTV, on the other hand, is an internet-connected device that a customer uses to view TV content online.

Put simply, OTT is software that allows you to watch content on a range of devices whereas CTV is hardware in which you can download and stream a range of content – both of which do so via the internet.

Well, it is up to you! CTV and OTT both have their own unique applications and advantages, so with this guide you will be able to make a more informed decision on which is best for you.

How Recognizing Top Employees Can Cure The Quitting Epidemic