by Sri Manchala, author of “Crossing the Digital Faultline: 10 Leadership Rules to Win in the Age of Digitalization and Uncertainty“

When Under Armour ramped up its digital transformation efforts after the pandemic began, positive results soon emerged, and this year executives at the sportswear maker were able to report higher profit margins and a more seamless product-to-market pathway.

But Under Armour’s success story isn’t everyone’s success story. Plenty of companies spend lots of money on digital transformations, but only a small percentage achieve their desired outcome.

That’s because digital transformation done right isn’t just about the money invested. It requires leadership of a particular kind, the kind that “methodical innovators” provide. If heroic efforts, motivational speeches, and incentives alone worked, then more companies would be succeeding. This battle requires intelligence, not superhuman efforts.

In other words, this is not a time to be a Marvel superhero.

You are fighting to understand, control, and get ahead of a dynamic situation, not beat down an enemy. This is the time to think and act like a lead planner or the leader of a crisis-management center.

After all, digital transformation entails more than building better intranets and websites. It involves harnessing data to truly understand customer behavior in a digital world. It includes reimagining products and services. It concerns delivering high-velocity, digitalized experiences across the value chain to all stakeholders, even if that means discarding existing models.

So just what kind of leaders are methodical innovators and why are they right for this moment? First and foremost, they are big-picture thinkers.

They have an ability to connect the dots and boil down complex dynamics into simple, easy to understand root causes, dynamics and impact.

Methodical innovators also are exceedingly stakeholder focused, whether those stakeholders are customers, suppliers, employees, partners or regulators. They also analyze data and develop their vision, strategy and priorities based on what the data reveals to them.

Given their focus on outcomes, they are less emotional or attached to the past. They are very willing to let go of prior business models and processes if the analytics support doing so.

Also, instead of letting their egos get in the way of what they want to achieve, methodical Innovators practice a “no ego” approach. They quickly figure out just how big the problem is and just how little they really know about it, then they surround themselves with people who can make up for the knowledge they lack.

That may sound easy enough, but it’s not, he says.

Being Honest With Themselves

It is incredibly hard for any leader to say ‘I don’t know’ in the corporate world. There is fear of being branded as ignorant, of being behind the curve, or of not being effective. A large percentage of leaders choose the tactics of ignoring, deflecting or deferring problems.

But in the Digital Age, you can run, but you cannot hide from what you don’t know.

That ties directly into what is at the core of a successful leader’s character – an inherent honesty. For more than 100 years, study after study shows that the most important and admired quality in leaders is honesty.

While we tend to think of honesty in transactions with others, methodical innovators are first honest with themselves. In an environment of unknown forces, dynamics, pace and outcomes, they realize the importance of knowing what they don’t know. It is by acknowledging what they do not know that they begin the process of personal transformation. 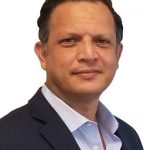 Sri Manchala, the ForbesBooks author of “Crossing the Digital Faultline: 10 Leadership Rules to Win in the Age of Digitalization and Uncertainty” is the CEO of Trianz, a highly specialized digital-transformation services firm headquartered in Silicon Valley and serving clients globally. Manchala shares data-driven insights on transformations and adaptive business leadership based on his two and a half decades in the technology industry, and leadership experience in the military and as a CEO.