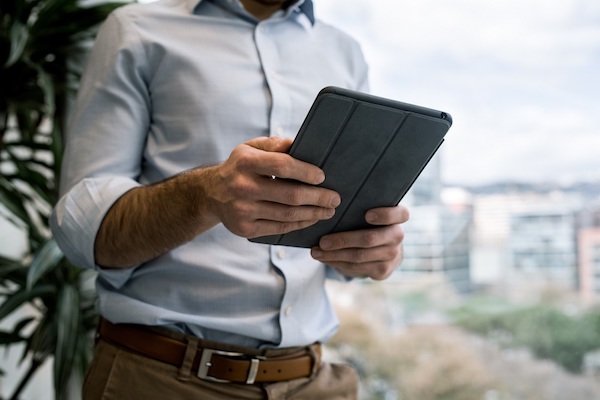 As much as you’ve probably heard of the term “Internet of Things” dozens of times so far, how much do you know about this recent technology that’s completely revolutionizing the world? After all, this term is so broad and when looking into learning more about it, one can easily feel overwhelmed with the amount of information available.

In a few years, the Internet of Things has provided numerous solutions for businesses and individuals, yet the majority of people still hesitates to implement this impressive technology whether in their businesses or personal lives.

So, to help you understand the enormous potential of the IoT, we have decided to create a list of the most impressive IoT devices and the best implementation examples in 2021.

What is actually the Internet of Things?

Simply put, the Internet of Things or shortly IoT is a term used to describe the rapidly growing network of connected objects which are collecting and exchanging data in real-time by using embedded sensors. Most of the devices you are using daily can be connected to the IoT, such as cars, lights, refrigerators, and thermostats. When it comes to the future, those who are in the field are expecting around 65 billion IoT devices to be installed around the globe by 2026. Quite impressive, right?

The simplest example of IoT is connecting your TV at home to your smartphone and streaming content from your phone on your TV’s screen. Of course, there are even more complex examples of using IoT technology and it’s mostly applied in the business world.

Now that you know what is IoT, you will be able to find various applications for the Internet of Things, followed by specific devices and examples, so if you’re still uncertain about what this technology entails, take a look at some of the most recognized IoT applications.

The smart home is definitely the most popular IoT application and there are several reasons for it. It is readily available to consumers, easy to implement, and most affordable when compared to the rest of IoT applications. You will find hundreds of products on the market that you can control with your voice and simplify your life by connecting your devices. Some of the best-known smart home products are the Amazon Echo and Nest Thermostat.

AI voice assistants such as the Amazon Echo and Google Home are among the first IoT product a person will probably get for themselves. You will be able to talk to voice assistants like Alexa and they can help you perform numerous functions such as playing music, getting sports scores, ordering an Uber, and so much more.

Do you remember that just a few years ago, watches were worn only by a small portion of people as we’ve all been using our smartphones to see the time? Today, there are watches that deliver you emails to that small screen on your wrist, calculate your heartbeat and pressure, remind you to run errands before going home, etc. These smartwatches have delivered another level of functionality, and if you’re a fan of a good design – you won’t be disappointed either. Some of the most popular smartwatches currently on the market are The Apple Watch, Fitbit, and Jawbone, with the last two targeting fitness audience more than the general one.

The above-mentioned Fitbit Charge will track your steps, floors climbed, calories burned, and even your sleep quality. This smartwatch can also be synced with your computer and smartphone through WiFi, and transmit your fitness data where you can monitor it.

The Internet of Things has even wider and greater potential than all these IoT devices examples on the market such as smart homes and wearables. It can transform entire cities by efficiently solving citizens’ problems. With good connections and data, this technology can solve, for instance, traffic congestions issues, reduce crime, noise, and even pollution. Cities that have already implemented IoT intending to solve the problems their citizens encounter every day have reported in a very short time how the implementation of it was successful in many ways.

One such example was Barcelona. This Spanish city is definitely at the top of the smart city list after it implemented numerous IoT initiatives which helped to improve smart parking and the environment.

When mentioning connected cars, we’re referring to the vehicles that are equipped with Internet access which can be shared with others as well. For instance, your car can be connected to a wireless network in your home or an office. As more and more vehicles in the automotive industry have been implementing IoT technology, now we see sensors being used to remote start and set off the alarm, unlock the vehicle with smart locks, and so much more.

The first company that opened a connected car research and innovation center was AT&T. Besides being focused on research, they are constantly finding ways to provide innovative solutions on the market.

When talking about IoT development, one thing is certain – great things are coming. Implementing this technology to simplify our lives and adding more value to it is something that will be incredibly valuable for our society in many years to come.