by Karen Michael, Esq., President of KarenMichael, PLC and author of “Stay Hired: Thriving & Surviving in the 21st Century Workplace“

Some people like to be hugged at work, others don’t and for some, it depends on who is giving the hug.

The problem is that most people don’t know which is which, or who is who.

Former governor Andrew Cuomo got a lesson in this when he proudly announced that had never touched anyone inappropriately, and produced numerous pictures of him hugging a variety of people.

What he failed to realize is that whether conduct is inappropriate in the eyes of the beholder, not the one giving the hug or engaging in the conduct. And this misunderstanding frequently leads to confusion, and complaints of harassment.

In addition, most people mischaracterize the relationship they have with the person they are hugging, and wrongly believe it to be consensual and welcome. In most cases, the person receiving the hug is highly offended and violated, but they will go along to get along and not express any objection. That a person is not objecting does not amount to consent, nor does silence.

Most offenders will express shock at being told their conduct is offensive, proclaiming that no one told the person to stop, or that the conduct was offensive.

It is not the job of the victim (the person receiving the hug) to tell the person to stop. It is the responsibility of the perpetrator to not engage in the behavior in the first place.

Intent to “harass” is not part of the test in determining if harassment has occurred. The test rests with how the recipient perceives it, and whether a reasonable person would find the conduct offensive.

This begs the question, then, as to why anyone should hug (or touch) anyone else in the workplace.

What’s a bit fascinating about hugging is how strongly people will defend their right to do so.

In an anti-harassment training for employees I conducted many years ago, a man stood up at the end and professed his disagreement with what he viewed as my efforts to “change the culture” of his workplace. He proudly explained that he had been hugging some 300 coworkers in the room for 25 years – and that no one was offended and everyone was happy.

I had used voting technology during the training, and a woman in the back responded to this man suggesting that I do an anonymous voting slide on whether they liked to be hugged at work.

In doing so, 89% of those in the room said that they did not like to be hugged at work.

I turned to the man and explained that while 89% of people didn’t like to be hugged at work, 11% said they were ok receiving a hug. I asked him to stand up and point out those people who agreed to receive his hugs. He admitted he had no idea who those people were.

And that’s the point. Most people don’t want to be hugged at work, a few are OK with it, and he didn’t know the difference.

In reality, this man had been offensively hugging people for 25 years, and they went along to go along. Hugging people made him happy. He was selfish and thought only of himself, although he claimed that his hugs made others feel good. They didn’t.

Some training participants will ask whether as an alternative it is acceptable to ask the person ahead of time for permission to hug. This places the recipient in a terrible and awkward situation of feeling compelled to agree. If you have to ask, you shouldn’t do it.

Employees need to assess why they are touching and/or hugging another person, and if it’s worth the end of their career. This is because if they read the situation incorrectly, they might not be able to work there anymore.  So it better be worth it.

It’s a personal choice to hug another person that could lead to unfortunate consequences, including being liable for battery in civil or criminal court, in addition to be terminated from the workplace.

My best advice – take hugging out of the workplace, or any touching other than a handshake and possibly the post-COVID elbow pump greeting. 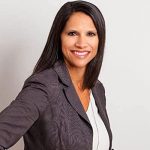 Karen Michael, Esq is the President of KarenMichael, PLC, an employment law and human resources consulting firm founded in 2008. The author of “Stay Hired: Thriving & Surviving in the 21st Century Workplace“, she is also a sought-after national speaker on HR-related topics and writes a weekly labor law column on workplace issues for the Richmond Times-Dispatch.