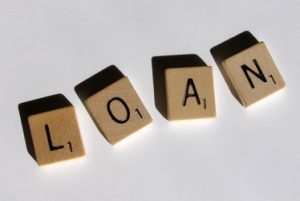 “Subprime” is a general moniker for credit ratings lenders consider “risky”. These may cause them to reject the borrower’s application due to riskiness or charge higher interest rates to offset this high level of risk.

As anyone who’s tried to borrow money with a below-average credit score knows, it generally becomes more challenging to get approved for credit when borrowers view your credit profile as less-than-prime and more expensive if you do manage to get the green light.

However, not all subprime credit is treated exactly the same. Here’s more on the various credit levels and how they can ultimately affect interest rates on loans and credit cards.

These credit ratings comprise an important part of each borrower’s risk profile, which lenders use when they’re deciding whether to approve applications and how to set interest rates.

It’s worth noting lenders may use slightly different scales whether they work off the FICO scoring system, the VantageScore model, or a proprietary set of ranges. The VantageScore typically classifies borrowers in these ranges:

How common is it for a borrower to have a risky profile based on their credit standing?

About one in five Americans has a subprime rating to some degree, with six percent of U.S. adults falling within the “subprime” category and 13 percent of American adults having “deep subprime” credit.

Consequences of Having Subprime Credit.

Your credit standing is one major factor lenders consider when evaluating your application, whether you’re trying to get a credit card, finance a car, take out a personal loan or finance a home.

Here CNBC breaks down auto loan interest rates per category based on Experian data for early 2020 and the VantageScore scale:

As you can see, borrowers with deep subprime credit can expect to pay an interest rate nearly three times higher than those considered prime. Even a few percentage points of difference can add up to hundreds or thousands of extra dollars over the lifetime of a loan or credit card.

Similarly, debt consolidation for bad credit — in which a borrower takes on a personal loan for the purpose of paying off other debts — tends to be costlier for subprime and deep subprime borrowers than it would be for a borrower with stronger credit. Certain lenders may also avoid working with subprime consumers, believing the transaction to be too risky based on the individual’s overall credit profile. It is possible to get a debt consolidation loan with a bad credit score, but interest rates will almost certainly reach the double digits — and, since the purpose of such a loan is to help borrowers pay less in interest all things considered, these higher interest rates make it more difficult to pursue this debt elimination strategy.

Finally, subprime mortgages can carry interest rates as high as eight to 10 percent, and furthermore may require the borrower to put down a higher down payment between 25 and 35 percent to secure funding. Over the course of a 15- or 30-year housing loan, owning a home can become significantly more expensive for borrowers with poor credit.

Long story short: Deep subprime and subprime credit makes it harder to get credit and more costly when you do. Anything you can do to strengthen your credit history before applying can smooth out the process and keep money in your pocket.