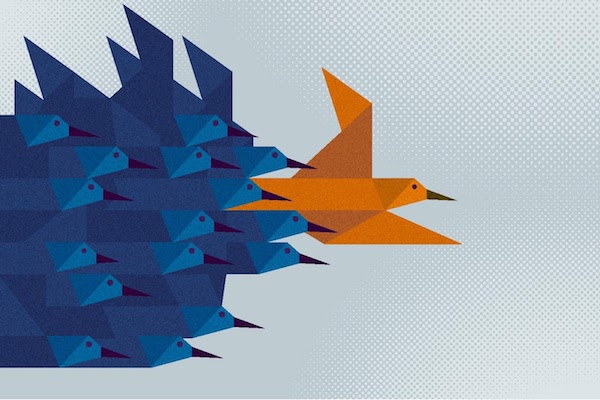 For many young professionals, reaching a leadership stance within their respective professional trajectory is an accomplishment worth celebrating. After garnering an extensive education, working diligently to gain pertinent experience, and proverbially cutting their teeth to rise amongst the ranks of a particular company, these young professionals prove to be the most worthy of leadership roles, promotion, and management titles.

However, along with new operational responsibilities, newly minted young leaders must navigate delicate hierarchies, group dynamics, and the possibility of leading a team of individuals who have been in the field for much longer than themselves. Throughout his professional trajectory within the pharmaceutical field, Carsten Thiel has found himself within this situation from an early age. Navigating the role of a young leader responsible for piloting teams of well-seasoned pharmaceutical industry veterans, Thiel has amassed the skills needed to succeed as a young leader.

Head In The Direction Of Your Passion.

In order for any leader to be successful within a professional assignment, passion must propel an unwavering commitment to excellence. Without an inherent interest in the subject matter at hand, desire to excel and grow, and need to gain valuable experience within every aspect of an industry, even the brightest individuals cannot maximize their leadership potential. For students, and young professionals on the brink of embarking on their professional journey, discovering a professional passion, and following this passion, can make a tremendous difference in outcome.

Upon gaining his PhD in Molecular Biology from the esteemed Max Planck Institute for Biophysical Chemistry, young Carsten found himself at a professional crossroads. Thiel was offered the opportunity to partake in post-doctoral research at Harvard University, a coveted position that was the most straightforward path for many peers in the same discipline. However, Thiel chose to pursue the road less traveled by accepting an assignment as the Communications and Product Manager at innovative pharmaceutical giant, Hoffman la-Roche. Impassioned by the cutting edge technology, and implementation of science for the betterment of countless individuals, young Thiel recognized his professional fervor, and embarked on the journey fueled by his professional interest.

Gain Experience In A Multitude Of Roles.

For any young leader responsible for directing teams of individuals within various departments, being able to understand the many operational aspects of a company can be vastly beneficial. Thus, gaining well-rounded experience through participation in multiple roles can allow young leaders the opportunity to not only put themselves in the proverbial shoes of their team members, but to also understand the integral role of each team member as a part of the whole.

From the perspective of team members, recognizing a leader’s interest in the many moving parts of an operation, and willingness to understand the importance of each person’s position, showcases the leader’s comprehensive view, integration of skills and responsibilities, and wholesome approach to leadership. In essence, being able to speak from a position of experience will result in respect from peers, rendering it much easier to provide direct instruction without potentially negative response.

Responsible for directly managing all aspects of the market launch of various new pharmaceutical products, Carsten Thiel oversaw multiple groups of niche professionals. From seasoned marketing directors creating advertising collateral, to the pharmaceutical representatives utilizing this collateral to sell products to prescribing physicians, these integral individuals were under Thiel’s professional jurisdiction in many instances.

Thiel recognized the notion that in order to be able to lead these teams of professionals, he would be better able to understand their particular needs only by gaining experience in their respective roles. Thus, he took on many roles that could be considered “side steps” away from his leadership trajectory, for the purpose of gaining new firsthand insights about the many facets of the pharmaceutical industry. These pertinent insights would then help within leadership roles, parlaying a breadth of knowledge that allowed young Thiel to lead teams expertly.

Don’t Be Afraid To Stand Your Ground.

In any leadership situation, the propensity to have your viewpoints challenged may present itself at any time. For young leaders, this can be especially difficult, as the desire to avoid proverbially ruffling any feathers may be at the forefront of consideration. However, it is important for young leaders to recognize their own proficiencies, ethics, and instincts, and to be able to stand their ground when necessary. Obviously, it is important to examine all opposing forces, pertinent facts, and other needed information prior to taking an unwavering stance.

However, after such encompassing consideration, it may still be necessary to choose an outcome not necessarily favored by the entire team. While this may be an uncomfortable stance to take, it is important for young leaders to be able to stand their ground. These adverse situations can provide a breadth of growth for the entire team, and set the precedent for the future.

In Carsten Thiel’s case, the young leader’s ability to stand his ground evolved the status quo within the pharmaceutical industry on many occasions. Further, each experience provided him with the confidence needed to follow his professional compass, focus on medical ethics, and effective leadership style. Early in his career, Thiel was in charge of bringing a new Oncological treatment to market. After extensive preparation, the procedure was set to be brought to market without a hitch. Immediately prior to launch, however, the presence of a genetic biomarker that would accurately predict the efficacy of this treatment was discovered.

By testing for the presence of the particular biomarker, physicians would be able to accurately predict whether the treatment would have any effect on a patient in question. For patients, the presence of pretreatment testing would prevent unnecessary treatment for patients who would not see benefits, and would save them a vast amount of resources, time, and false hope.

For the pharmaceutical company, this pretreatment testing would eliminate a large portion of candidates eligible for treatment, greatly limiting profits. Additionally, it would require the pharmaceutical company to provide testing materials and training for administering physicians, adding several costly steps to the process. During the time of this conundrum, the status quo within the pharmaceutical industry would suggest to simply allow this discovery to remain unspoken. However, young Thiel recognized the ethical component of this particular issue, and saw this as an opportunity to stand up for what he believed to be right.

Though he initially received opposition from more traditionally-based team members, and was met with having to figure out the logistics of adding pretreatment testing, Thiel navigated the situation without compromising his stance on the matter. Through his implementation of expert leadership skills, Thiel secured a successful outcome for the treatment while providing pretreatment testing. As a result, he gained the respectful following of his peers, and helped to evolve the ethical standards of the pharmaceutical industry.

Perhaps the most widely recognized leadership tactic, the adage of leading by example can be applied to just about any situation, and within any industry. By exhibiting the same behaviors that you expect from team members, and adhering to the same standards that you would like to see from others, you can set the precedent to be followed. Not only will the leader’s own adherence to these universal standards manifest similar followed behavior, it will impart peers with the knowledge that the leader considers themselves to be a responsible part of the team.

As young leaders, budding professionals can experience unique circumstances, situations, or tribulations while managing well-seasoned teams within any industry. By imparting a few simple considerations, though, these potential issues can become mere learning experiences, and a springboard for success. By navigating through inaugural leadership roles with moxy, dedication to learning, and commitment to the best possible outcome, young leaders can successfully gain leadership experience in a positive manner.

With years of pertinent leadership experiences to draw from, experts like Carsten Thiel encourage growing professionals to recognize the value of immersing oneself within a field of passion, and forging ahead as a young leader.