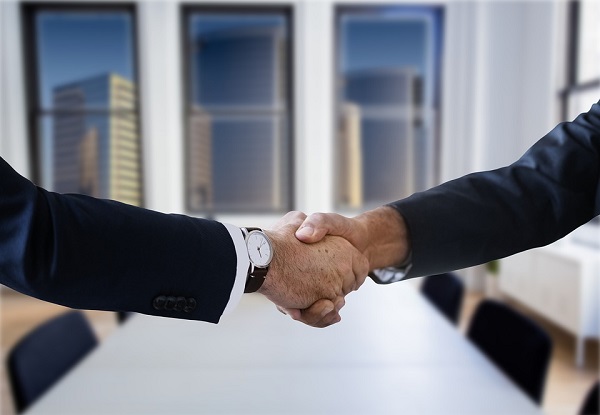 by Mike Robbins, author of “We’re All in This Together: Creating a Team Culture of High Performance, Trust, and Belonging“

A mentor of mine said something to me years ago that I think about and reference often. “Mike, you know what stands between you and the kind of relationships you really want to have with people? It’s probably a 10-minute, sweaty-palmed conversation you’re too afraid to have. If you get good at those 10-minute, sweaty-palmed conversations, you’ll have fantastic relationships — you’ll resolve conflicts, build trust, and be able to work through things,” he said. “You’ll get to know people who are different from you, you’ll talk about important issues that need to be addressed, and you’ll be able to give and receive feedback that’s necessary to everyone’s growth and success. But if you avoid them, as most of us do because they can be hard, uncomfortable, and sometimes messy, you’ll simply be a victim of whomever you live with, work with, and interact with in life.”

His wisdom was spot on. These sweaty-palmed conversations often involve talking about a touchy subject, engaging in an important debate or conflict, giving or receiving some hard but essential feedback, or some combination of these things. And our ability to engage in these types of conversations effectively as a group has everything to do with our team’s performance, trust, and culture.

According to Dr. Bernie Mayer, professor of conflict resolution at the Werner Institute at Creighton University and author of “The Conflict Paradox“, healthy conflict is essential for teams to perform their best. “Unless we can empower people to deal with problems that arise along the way, to face difficulties, to recognize and adjust when strategies aren’t working or are impossible to implement, to help those who are struggling, to handle the inevitable tensions and conflicts that challenging work engenders, and to maintain a positive attitude about that work, we cannot build a truly effective team, unit or organization,” he says. If conflict isn’t dealt with directly, he adds, “problems fester, important views are squelched, and effective communication is inhibited.”

The ability for you and your team to effectively engage in conflict may not be all that easy or fun, but it is fundamental to your performance, both individually and collectively. When I speak to people, leaders, and teams about this important topic, I often ask, “When you hear the word conflict, what comes to mind?”

In response to this, I hear things like, “fight, argument, disagreement, debate, anger, etc.” They’re likely thinking of a scenario like the one I had with that man on the plane.

However, when I then ask, “What becomes available when we address and resolve a conflict?” people often say, “new ideas, more trust, solutions to problems, understanding, connection,” and more.

While most of us don’t particularly enjoy conflict, we all know how valuable and important it is, especially to our teams, our work, and to building a strong culture and performing at the highest level. It’s really about our relationship to conflict and our fear about it that makes it difficult, more so than the conflict itself.

A cross-cultural study conducted by the Institute for Research on Labor and Employment at the University of California, Berkeley, found that conflict is both liberating and fundamental to team success. According to the study, teams that can engage effectively in tough conversations have a significant competitive advantage over their counterparts — generating better ideas, more creativity, and greater innovation.

Clearly it takes courage to have these types of sweaty-palmed conversations (which sometimes take more than 10 minutes, of course) and to engage in conflict directly. It’s vulnerable and often frightening for a number of reasons. However, usually what’s most at risk is our ego. And although there are no guarantees, most of us have learned the hard way that it’s almost always better to address a conflict directly than to avoid it, which usually causes it to fester and get worse. We also know that not being willing to have these types of conversations is ultimately way more damaging to us, our relationships, and our team than taking the risk and engaging.

Embracing conflict in a healthy way is important for us personally and also for our team. It’s essential to our ability to connect with each other, understand one another, and create the kinds of solutions, ideas, and outcomes that are necessary for our success. And, if we’re in leadership positions and part of a leadership team, engaging in conflict courageously and effectively is not only important for the performance of our team, it also has a critical impact on the culture of the organization.

* This is an excerpt from “We’re All in This Together“, by Mike Robbins, published by Hay House Business, April 14, 2020 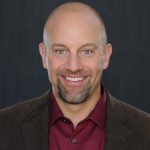 Mike Robbins is the author of five books including his latest, “We’re All in This Together: Creating a Team Culture of High Performance, Trust, and Belonging” (April 14, 2020).  He’s a thought leader and sought-after speaker whose clients include Google, Wells Fargo, Microsoft, Schwab, eBay, Genentech, the Oakland A’s, and many others.

The Sound Of Your Brand: Auditory Marketing As Part Of A Cohesive Brand

3 Reasons Why Failure Is Essential For Success