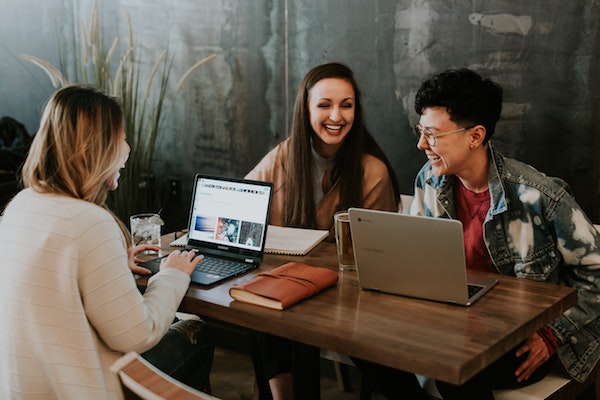 The fifth season of the Danish “Shark Tank” called “Løvens Hule” (Lion’s Den) is coming to a close. In Denmark the sharks are called lions, and this season introduced new two new lions as well as series of interesting new businesses trying out their luck in front of the five angel investor.

With the fifth season coming to an end, we have decided to pick out three memorable moments from the first five seasons. 50+ danish startups, entrepreneurs and inventors have tried their luck in front of the roaring lions represented by some of the leading business people in Denmark. This has lead to some quite memorable moments in the Danish entrepreneurial history.

In this article you can have a peek at some of these great moments and get great insights to the companies who made it.

It was a confident team from the startup TooGoodToGo, who entered the studio with high demands for investment. The guys from TooGoodToGo had found a way to stop the food waste at restaurants and cafés in Denmark and profit from it. This sparked the interest amongst the lions, and all of the five angel investors were interested in offering their capital and competencies to the startup. Certain combinations and offers were tried, but none of them were satisfying enough for the guys at TooGoodToGo. They declined every offer from the angel investors as they disagreed with them on the valuation of the company.

Later on, in the show, it was revealed that the company had accepted an investment offer from Birgit Aaby who is currently holding a board seat in the company’s board of directors.

Another set of entrepreneurial guys from the Northern Denmark also brought a spark to the interest of the angel investors, when they introduced their “Perfect Pants” at the show. ShapingNewTomorrow had created a hybrid pair of pants, combining the elegance of suit pants with the comfortableness of the jogging pants. Especially two of the lions were interested in buying a part of the company and become partner. ShapingNewTomorrow accepted the offer from Just-Eat Founder Jesper Buch and the “cleaning empress” Birgit Aaby.

It turned out to be a good investment for the two lions as the sales exploded in the following days after the show aired on screen. These days ShapingNewTomorrow remains one of the most popular investments in the shows history.

The merge of two startup companies in Shark Tank.

The current season also brought a quite interesting moment, when the lions acquired a company, that was merged with a former investment of theirs. In the sixth episode of season five, the company CitatPlakat entered the show hoping to get an investment. In a previous season, the two lions Jesper Buch and Jan Lehrmann had invested in a competitor to CitatPlakat, so it seemed unlikely that they would invest again.

However, after several discussions and negotiations, they managed to persuade both companies to merge into one. CitatPlakat and the other company Dialægt are now one company instead of each other’s greatest competitor.