by Grant Parr, author of “The Next One Up Mindset: How To Prepare For The Unknown“

Are leaders born or are they developed? It’s a subject that’s long been debated.

And in the workplace, can an employee who holds no supervisory job title be an effective leader — before being entrusted with managing people?

To me, the answer is yes — and it’s almost mandatory if someone hopes to be ready as a leader when promoted to a bigger role in an organization.

Leadership is a choice. It’s not a title, position, or rank. You don’t have to be a department head, manager or CEO to be a leader.

Leadership is a group of characteristics, and you can acquire them even if you’re not the boss. You’ll never be a leader when you assume that primetime role unless you have developed the qualities of leadership as part of your preparation for the next big step.

Here are five ways to become a leader at a company without holding a leadership-type position:

1. Listen to others’ ideas.

Leadership is about others, not about the self, and it starts with listening. Being a leader isn’t putting yourself above others, interrupting them, or acting like your ideas are more important than anyone else’s. True leadership brings out the best in others and your culture, and you do that by making them feel valued and giving them a voice.

2. Be accountable for mistakes.

Own your errors. It sets an example of accountability that is good for the culture. Too many people, when told of a mistake, assign blame and make excuses. A leader corrects constructively and surveys for solutions. As a subordinate, staying positive and offering ways to fix your mistake, and showing the humility of asking for help, is a path toward being a leader people can trust.

This applies in so many ways. If you’re stuck on doing something one certain way, you’re headed toward being a micromanager who few would like and fewer would want to work under. Leadership is about tapping into your broad base of workplace talent, expanding knowledge, improving systems and raising the ceiling.

Networking isn’t only about finding jobs, it’s about connecting with people in a way that enhances important relationships and the work environment. As you learn to interact with different types in the workplace, you’ll learn which relationships are most effective, how to help those people with their career, and show your ability to direct and lead.

To become a leader, it’s vital to rise above annoyances and petty slights from others and let them roll off your back. HR isn’t the principal’s office, and if you vent every time about someone doing something irritating, you’ll get the reputation of being a whiner. Don’t complain behind closed doors, gossip, or criticize people behind their backs. No one who does those things can be viewed as a leader.

People want to be led. But they don’t want to be bossed around. Great leaders can learn this as underlings on their way to a management position. Then when they get there, they’re ahead of the game — and everyone’s in step with them. 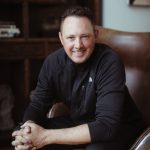 Grant Parr is a mental sports performance coach and the author of “The Next One Up Mindset: How To Prepare For The Unknown“. Parr owns and runs Gameface Performance, a consulting firm that enhances mental skills for athletes and coaches. A recruiter and sales leader in the corporate world for 17 years, he now works with a wide variety of athletes including Olympians, professionals, collegians and high school athletes. His podcast, 90% Mental, provides a window into a broad range of athletes’ and coaches’ mental games and shares their insights around mental performance.