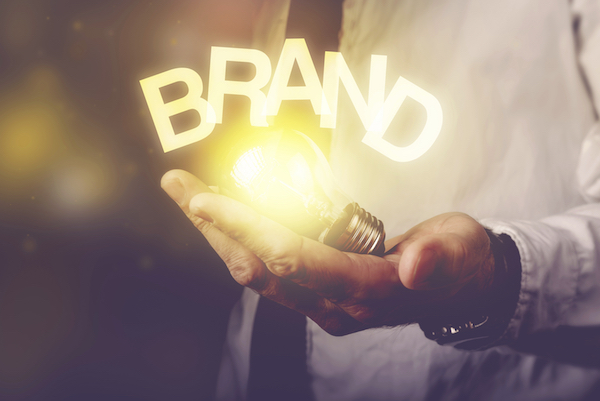 by Lindsay Pedersen, author of “Forging An Ironclad Brand: A Leader’s Guide“

In late 2008, Seattle’s adored Washington Mutual Bank (known locally and affectionately as WaMu) failed and was subsumed in a shotgun wedding with Chase Bank. Seattleites were reeling in the early days of the Great Recession, and WaMu’s going under was salt in that raw wound as they watched thousands of friends, family members, neighbors, and colleagues get laid off. Then came the final blow: Chase plastered this line on buses and billboards throughout the city: “Seattle: land of coffee, seafood, and now helpful banking.”

“Now helpful banking?” We previously did have helpful banking. It was called WaMu. Who did this outsider think they were, coming in and telling us we needed them? How dare they?

Understanding our response required empathy from Chase — stepping into our shoes and feeling the wound with us. Chase could have empathetically let us Seattleites be the hero and resolve the tension, the anguish of this communal loss. Instead they positioned themselves as the hero and insulted us further.

This is the single biggest mistake companies make in their brand efforts. They fail to be on the customer’s side. They fundamentally fail to respect the customer. They commit a breach of empathy — that elusive ability that lets us see things through the perspective of another.

At the foundation of a compelling brand is empathy — putting yourself in the customer’s shoes,” she notes. “You have to truly get to know the humans you’re seeking to connect with. When you don’t, you’ll not only fail to persuade them to buy and build a loyal relationship over time, you may put out a tone-deaf message — like Chase did — that blatantly alienates them.

Keep in mind that our brand is more than the marketing messages we send out — far more. It encompasses everything from our product to our pricing to our SEO tactics to our customer experience. And companies are constantly failing to notice and bridge the “empathy gap” that exists between their offerings and the customers they’re trying to reach.

That said, empathizing begins long before you sit down to conceptualize messaging. Empathy has to be baked into your processes and the very fabric of your culture. Otherwise, you’ll fail to serve the customer and ultimately fail the business. In fact, most serious brand mistakes come down to the central cardinal sin of failing to empathize.

Pedersen offers a few tips to help you sidestep this big mistake:

We all know the Golden Rule: Do unto others as you would have them do unto you. Some form of this guideline has appeared in every one of the world’s major religions. But the goal of the marketer is to tap into the customer’s needs and wants — to empathize with her, to meet her where she lives. If we don’t and instead we market as if we ourselves were the target, we’re going to fail. Rather than doing unto them as you would have done to you, do unto them as they would have you do unto them. It’s not about you — it’s about them.

This is what Zen Buddhists call the receptive, unguarded, eager state of childlike wonder about your customer and what he is trying to accomplish. In this state, you will be vulnerable — open to learn, to be surprised, to be wrong — even though you might find this feeling uncomfortable. If you’re not approaching your customer with vulnerability, you won’t allow him to be vulnerable, and this will prevent meaningful insights from emerging. You will merely hear confirmation of things you already knew.

Don’t adopt this mindset surgically, only to discard it when you finish your research. Let it become your default state.

This requires some digging and dot connecting. Henry Ford famously said, “If I had asked people what they wanted, they would have answered ‘faster horses.'” Instead you must a) discover the deep-seated, unspoken, perhaps even unconscious desires of your target and b) create an offering and communicate that offering in a manner informed directly by your understanding of those desires.

It’s not easy. And it’s not just product developers who risk a lack of empathy. Smart, experienced, highly trained marketers have fallen prey to the empathy gap. But my question is: How meaningful do you want your offering to be? Do you want it just to plug a hole, or do you want it to add meaningfully to the lives of your customers?

Make your customer the hero in your marketing.

This last point is where Chase went wrong. They should have taken an approach like PEMCO Insurance took during the same era. PEMCO developed a bus ad campaign that featured humorous Pacific Northwest images that sparked Seattleites’ sense of community, pride, and kinship. The caption for each ad was “We’re a lot like you, a little different,” featuring inside jokes like the “Supercharged Seahawks Fan,” “Green Lake Power Walker,” “Recumbent Bike Commuter,” “Oblivious Left Lane Occupant,” and “Fremont ’60s Holdout.”

Instead of presuming a superior place at the family table, they became one of us. They felt the zeitgeist and made the Seattleite the hero of the story. I still witness people grin when they encounter a PEMCO ad. Not surprisingly, PEMCO’s revenue has flourished in recent years, growing 30 percent between 2003 and 2015.

We can be PEMCOs. To do so, we must continually orient ourselves to our customer’s perspective throughout the brand-building process.

Tell your story in a way that allows your respect for the customer to shine. Before seeking to resonate with them, first seek to let them resonate with you. Before asking them to like you, make sure you first like, understand, and empathize with them. 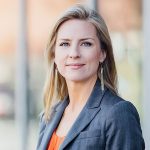 Lindsay Pedersen is the author of “Forging An Ironclad Brand: A Leader’s Guide“. She is a brand strategist and leadership coach who views brand as a blend of science, intuition, behavioral economics, and ancient storytelling. She developed the Ironclad Method™ while building brands with companies such as Starbucks, Clorox, Zulily, T-Mobile, IMDb, and burgeoning startups.