by Kris Oestergaard, author of “Transforming Legacy Organizations: Turn your Established Business into an Innovation Champion to Win the Future“ 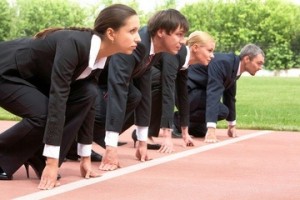 Do you really know who your competitors are? I mean, not just the obvious ones who have direct substitutional products, but also the ones who indirectly affect usage of your offerings today and who might have a massive impact on your value offerings in the near future? A way to investigate this is through a simple game I call “6 degrees of competition.” The answers you find may surprise you and not only illuminate the threats out there, but also unveil massive opportunity.

Throughout the 20th Century, scientists around the world explored social networks and the influence of technological development on human connections. Most famously, in 1967, psychologist Stanley Milgram sent letters to 160 different people in the United States and asked them to forward the letters to the acquaintances they thought would bring the letters closest to one ultimate recipient, a stockbroker in Boston. At the end of the experiment, Milgram found that each letter made five stops on average. Hence, the phrase “six degrees of separation,” with which you may be familiar.

The point here is that the world is getting smaller, and that the connections between us are becoming shorter. This is known as the “small world problem.” If you take this principle and use it to analyze your competitive landscape, something interesting happens.

Let’s explore the 6 degrees of competition through a simple product: Coffee. Suppose you’re a coffee producer who sells one pound of packaged ground coffee beans in the supermarket. With inspiration from Milgram’s experiment, we can now trace the pound of ground coffee and explore who or what the competitors are in the first degree, second degree and all the way up to the sixth degree, and see if we can close the chain and lead the sixth degree competitor back to the starting point — the pound of packaged ground coffee beans.

Let’s say that the pound of ground coffee is from Folgers. It could be any coffee brand. But let’s just choose Folgers, as it’s one of the best-selling coffee brands in the world. If you were to point out the first degree of competition to the pound of Folgers coffee, who or what would it be?

If your suggestion is other coffee brands like Nescafe, Maxwell House, Keurig or Gevalia, who also sell packaged ground coffee beans, we are on the same wavelength. It’s basically the same product, in the same packaging, for the same price with the same value. So far, so good.

Who would be the third degree competitor? What about Red Bull or Coca-Cola? They’re cold, not hot, but they contain incredible amounts of caffeine, and in many ways they’re oriented towards the same kind of value creation as the coffee – giving the consumer more energy and focus.

Who would be the fourth degree competitor? This could be Starbucks. If you buy a cup of coffee at Starbucks, then you’re not using the ground beans that you would prepare to make a cup of steamy hot coffee at home.

Who could be the fifth degree competitor? Now it gets more difficult because we’re well on our way into unknown territory. Allow me to make a suggestion: Have you heard of the Muse? It’s a meditation device that you attach to the forehead and behind the ears. It reads brain waves and decodes whether the brain is in an alpha, beta or theta state. In other words, it tells you how focused you are. Through an app, you can choose different soundscapes, like rainforest, beach or city streets, and, using headphones, you can listen your way to your brain’s activity level. The more relaxed you are, the less noise there is and the less the wind blows in the various soundscapes. If you hear birds chirping, you know that you’re completely in Zen mode and have achieved the optimal condition. The information is tracked, of course, to measure your development. It’s gamified meditation in a convenient way.

Think about what products, similar to Muse, are going to do to coffee cup numbers three, four and five over the course of a day if, instead of grabbing a cup of coffee and a Snickers bar at 3 p.m. for a few extra hours of focus, you put on your headphones for 10 minutes and reap the same rewards. And the products available today are only version 1.0. Imagine where we might be headed.

Who could be the sixth degree of competition to the pound of ground coffee beans from Folgers? Well, think about self-driving cars. Within a few years, self-driving cars will be a normal feature in traffic. How will self-driving cars affect our coffee needs when we no longer need to drink coffee to stay alert enough to focus on traffic? It might mean a lot, or it might not. Perhaps we will still want to drink the same amount of coffee, but we’ll have a better time enjoying it because we won’t simultaneously need to focus on holding a steering wheel.

Bang! With a blow, the world has radically changed. Because if we no longer need to go to the gas station, where are coffee producers, Starbucks, Red Bull and the many other on-the-go-dependent brands going to sell their products? And that’s how the self-driving car goes on to become the coffee producer’s future sixth degree of competition.

The question now becomes whether the coffee producers discuss Muse and self-driving cars when they think about the future. In most cases, I would venture to assert that very few boards, management groups, product development teams and analytics units in most established organizations have those discussions. They never go further than the second, third, or, at a maximum, fourth degree before feeling confident that they have a good sense of their competitors.

I challenge you to take your own core value offering and go through the same exercise. Ask yourself who your competitors are in the fifth and sixth degree — that place where you leave your comfort zone and the answers are no longer obvious. This investigation will significantly expand your competitive landscape and, more importantly, open up an opportunity space that’s many times greater than your organization’s traditional orientation. The opportunity space could potentially even make it logical for coffee producers to develop digital services and completely reconsider their distribution chains. 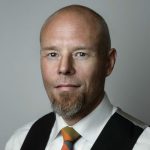 Kris Oestergaard is a sought-after speaker, facilitator, researcher and expert on innovation in legacy organizations, corporate cultures and exponential organizations. He is co-founder and Chief Learning and Innovation Officer at SingularityU Nordic, a collaborative venture with Singularity University in Silicon Valley. His new book is “Transforming Legacy Organizations: Turn your Established Business into an Innovation Champion to Win the Future“.