by Darren Barr, Head of Paid Digital at Further

Automation, automation, automation. ‘Programmatic advertising’ is a term that might conjure up a whole lot of nothing for many marketers, while leaving others shifting nervously in their seats. By their very nature, programmatic ads can be intimidating. Complex algorithms performed by machines are able to dictate tailored ad content and spend in milliseconds, while humans sit back and observe the actions taking place on their behalf.

For those yet to use programmatic advertising, it can feel complex or out of reach. But billions of pounds are being invested into this medium every year. Even back in 2017, programmatic made up nearly 80% of all digital ad spending in the UK alone. At this stage, it has grown to a point where it can’t simply be left aside for a closer look another day.

Programmatic is an incredibly powerful advertising tool for brands looking to capture a specific audience. Now well-established, it seems set to be the only path for paid digital to follow.

Programmatic advertising: what’s it all about?

One of the easiest ways to familiarise yourself with the nature of programmatic is to view it in comparison to traditional direct digital advertising.

In direct digital advertising, ad space is sold by human marketers either through in-house sales teams or agencies for set prices. It’s a manual process, taking a degree of time and discussion, that’s not particularly dissimilar to that of out-of-home advertising, such as the ads you might see on buses or trains.

Conversely, programmatic ads are handled by software. Clever web codes track users landing on certain site pages, and in a split second, algorithms hold an auction to decide which ad will be displayed to that user. Humans are still in the picture, but they’re in the backseat, with no need for lengthy email threads or phone calls to reach the end result.

How programmatic became the front-runner.

An obvious reason behind the popularity of programmatic is how ruthlessly efficient it can be. The middlemen have been removed from the ad process, and artificial intelligence has stepped onto the scene to optimise every step. Unnecessary admin is a thing of the past, replaced by automated processes led by intuitive software.

Another benefit of programmatic is its ability to scale up at the drop of a hat. These kinds of campaigns are also more sophisticated and contextual than set digital ads – rather than a catch-all attitude akin to that of a physical billboard, programmatic ads help marketers to narrow their audience down to incredibly granular levels.

You can even raise your bid for customers who appear more lucrative, such as those who have browsed luxury products, and retarget users who have previously left at some point in the buying journey.

An ability to serve individual customers content that is relevant to their browsing activity, in real time, is powerful stuff indeed. Tailored ads are part of what makes programmatic so ruthlessly effective, boosting conversion rates by only serving the most relevant potential customers. It’s understandable, then, that almost 90% of digital marketers see personalisation as a top priority in their campaigns.

Of course, it’s important not to get carried away. According to YouGov, more than half of UK adults say personalised ads ‘creep them out’. Finding the balance between relevance and ‘creepiness’ means treading a very fine line, and it’s this that can be a challenge for marketers making their first move into programmatic advertising.

To get the most from any campaign, stick to a consistent plan when it comes to deciding on targets, and on where to be tactical with budget. As with any element of digital marketing, programmatic advertising requires a strategic approach.

The future is programmatic.

Serving content to the right person, at the right time, in the right place, is key to any and all marketing. Programmatic is already doing this, and is only going to get faster, smarter and easier to use. In future, even content itself is likely to become adaptable, instantly switching things like background imagery to suit the seasons or a viewer’s location.

There’s a home for programmatic outside of online ads, too. TV set-top box technology could easily incorporate targeted ads based on viewer behaviour, for example. Someone who watches a lot of travel shows could start to see a higher percentage of travel adverts, while cooking enthusiasts see ads lean more towards culinary features.

TV advertising can be seriously costly, with its exact impact hard to measure. Programmatic could make TV more affordable for brands, as well as offering greater measurability and personalisation. Realistically, it seems safe to assume it won’t be long before digital marketing agencies offer this service among their other paid channel strategies.

Even wearable tech could prove to be a friend to the programmatic ad industry, though here we reach the delicate line between adverts that are helpfully relevant and those which start to feel invasive. Smart watches can track shopper footfall, and in theory there’s potential to alert shoppers to promotions in specific aisles, and to change ad preferences based on the shops we visit.

While programmatic is already monopolising ad spend and will continue to branch out into new technologies, it’s important that marketers remember to tread carefully. Reaching the right person, at the right time, in the right place is always a goal, but it’s important that consumers feel that they are being helped, and that their problems are being solved – not that they are simply being stalked by advertisements. 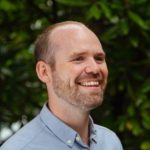 Darren Barr is the Head of Paid Digital at Further. His comprehensive knowledge in the fields of paid digital and content marketing has benefited clients in businesses of all sizes, from Aetna International, Sky and Ray-Ban to independent local companies. His campaigns have been shortlisted for a range of awards including the European Search Awards, The Drum Search Awards and the Biddable Media Awards.

What Is Web Testing And Why Is It Important For Every...