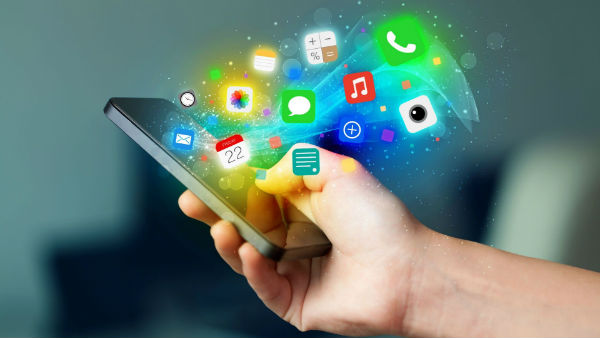 It’s easy to come up with ideas for developing a new mobile app, but good ideas are a dime a dozen. You could have the best idea in the world, but if nobody wants to use your app, it won’t catch on.

Plenty of good app ideas are developed, only to crash and burn. Why? The short answer is a lack of research and planning. It takes time and planning to develop an app; it’s not something you can do in a 24-hour power session.

To increase your chance of developing a successful app, give special attention to these five steps in the app development process:

1. Identify gaps in your market.

Search for any type of app in official app stores, and you’ll be given a list of apps with similar features. How do users choose between options? Usually, apps with the highest ratings will be chosen first, but users also want apps that outperform the competition.

For instance, if a user wants a compass app, they’ll be more likely to download an app that displays both magnetic North and true North. Most compass apps only display magnetic North. It should be no surprise that the Compass app for iOS provides both, and allows the user to calibrate the iPhone’s built-in magnetic field sensor.

Where’s the gap in your market? What are your competitors’ mobile apps missing? What can you add to the marketplace? Profitable apps are built on unmet needs. Search reviews for your competitors’ apps and make a list of common complaints. Develop your app to resolve those complaints and you just might steal the show.

You wouldn’t hire an amateur mechanic to replace the brakes on your car. By that same token, you need an experienced app development team to bring your app to life.

The most common way people find out they’ve chosen the wrong developer is when something goes wrong, and their developer either can’t or won’t fix it.

This problem is completely avoidable by hiring a reputable app development company with a portfolio you can verify. For instance, Buildfire has a track record of building more than 10,000 apps for industry-leading brands including Paypal, Cisco, and Pepsico.

Buildfire uses a proprietary methodology to create a framework that ensures apps are easy to create and manage. Essentially, rather than create frameworks from scratch for each client, they’ve got existing frameworks ready to use that are developed and maintained by top engineers. The majority of development costs go to creating custom features.

Traditionally, app developers build a framework from scratch for each client, but it takes longer and isn’t cost-effective.

3. Set your goal to solve a problem with your app.

Every successful product solves a problem. That’s basic marketing. Your app should directly solve a problem for your market. For example, if you’re an appointment-based business, create an app that allows users to book appointments without having to call or visit your website.

Think in terms of problem-solving, rather than features, or you risk creating an app based on a fad. Some internet fads become a staple of modern life, like the inexplicable fascination with cats. Not only do people spend countless hours watching cat video compilations on YouTube, but consumers have also spent more than $1 million dollars buying virtual cats on Ethereum’s blockchain. However, that’s not the norm, and it’s not worth the risk.

4. Get outside user feedback on your prototype.

Once you’ve got a working prototype, have outside users test your app and provide feedback. Outside feedback will prove extremely valuable, especially when you get it from people within your target market.

Knowing what causes apps to fail is valuable. Some of the coolest apps have met an unfortunate end. For example, everpix had 55,000 users and $2.3 million in financing, yet went broke within a year. Why? The developers didn’t market the app. They expected it to sell itself.

By giving special attention to these steps in the development process, you’re more likely to create a mobile app that people want to use. Once your app becomes popular, be prepared to spend time maintaining it. Don’t let your users down. It’s almost impossible to regain a user’s trust once it’s been broken.