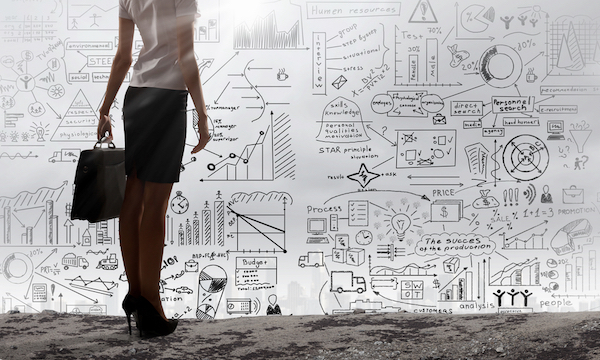 by Bretton Putter, author of “Culture Decks Decoded: Transform your culture into a visible, conscious and tangible asset“

21st-century business has had its watershed moments. One gamechanger: when Netflix’s CEO, Reed Hastings, published the Netflix culture deck online in 2009. Hastings wanted potential job candidates to truly grasp what Netflix was about so he could attract the right talent. But the deck did far more. It went viral — and crystallized how important culture was to Netflix’s growth and success, and revealed why people with the right values and culture fit loved working there.

Comprehensive and articulate, Netflix’s culture deck covered everything, from its history to its purpose; from its expectations for excellence to hiring and firing policies; and nearly every process and work function. Sheryl Sandberg said “it may well be the most important document ever to come out of the Valley.” The deck has garnered 18 million views on Slideshare as of August 2018.

There’s no doubt culture is critical to the success of companies. Deloitte found that 94% of executives and 88% of employees believe it’s important to business success. Yet 9 out of 10 CEOs don’t leverage culture as a competitive advantage — the one competitive advantage they have complete control over. If they don’t know how, they might start with a culture deck.

Done well, a culture deck identifies and conveys your culture to those inside as well as outside your company. It will help attract like-minded candidates, reinforce the behaviors you expect from your team, and broadcast your unique culture to a global audience. Instead of reinventing the wheel, companies can look to the best models of culture decks and adapt the concepts that fit.

As you get started with your own culture deck, consider these 7 essential tips:

1. Consider the culture deck as a window into your own company’s operating system.

A culture deck should clearly identify your company’s character, personality, behaviors, practices, and norms. It should articulate the company’s mission, vision, values, history, purpose, and “the way we work around here.” It doesn’t have to be 125 pages like Netflix’s, but should be straightforward, well thought-out, and reflect the unique culture of your company.

2. Don’t dance around the topic of culture itself, focus on it.

Intentional or not, your culture defines your company. So make it intentional: define your company culture with culture-focused slides. Hubspot states in their deck that culture is, “A shared set of beliefs, values and practices,” and, “Culture doesn’t just help attract amazing people, it amplifies their abilities and helps them do their best work.” Talk about what culture means to your company, how the company perceives its ongoing importance, and its contribution to your company’s sustainable success.

3. State what your culture isn’tin order to make clear what it is.

“Culture is NOT game rooms,” notes a slide on Soundstripe’s culture deck. “Yes we do have a ping-pong table (typical),” it adds with self-deprecating humor. But then it gets serious: “Things do not define our culture. Our people do.“ The approach cuts to the core of a common misunderstanding about culture — that it’s essentially perks and gimmicks. Soundstripe’s deck stresses the true focus of culture: people.

4. Use language that fits your company, not someone else’s company.

You get a real sense of passion from GoDaddy’s Mission Statement, which starts with the phrase, “We are here to help our customers kick ass” and ends with “… stare down the impossible until the impossible blinks.” Soundstripe’s deck is written to catch the ear, including intentional repetition: “Our Mission is to keep creatives creating.” The language of the culture deck should reflect the essence of the company — playful or dignified, casual or more formal.

A company’s vision encapsulates its medium- to long-term goals and aspirations. LinkedIn’s culture deck includes a slide that simply states: “Create opportunity for every member of the global workforce.” It says that this is a company that helps improve the lives of others; that people who want to do that and make a difference in the world should consider working there. It’s not vague, but it is encompassing. And it makes sense for a company like LinkedIn to have global ambitions.

6. Get into the details.

Describing “how we work around here” covers the nature of working for your company. Answer questions that prospective as well as current employees would ask — such as about the hiring process, onboarding, diversity & inclusion, feedback, performance reviews, employee benefits, and making a difference in the world. Nextjump explains how it creates a safe space for employees to make mistakes while developing their leadership skills. Carta (formerly Eshares) states, “Everyone waits too long to get feedback. DON’T WAIT.”

A key function of a Culture Deck is to attract the right talent. Netflix makes it clear that it pays top dollar for employees who thrive on “excellence, candor and change.” It also encourages employees to understand their market value: “It’s a healthy idea, not a traitorous one, to understand what other firms would pay you, by interviewing and talking to peers at other companies.” This not only pushes the concept of transparency, it transmits Netflix’s tremendous confidence. Only a company that knows the magnetic pull and staying power of its culture would encourage employees to do this.

Culture is often the primary reason why a candidate joins a particular company—more than salary, stock options, or the inherent risk associated with the business. And the single biggest driver of successful hires is how well the company defines and understands its culture.

Crafting an effective culture deck turns that company culture into a visible, tangible, and conscious asset. It enables talent to connect with what your company is really about, and get excited about the prospect of working there. It can attract the right investors and clients. For start-ups and high-growth companies setting out to gain a competitive edge, a well-crafted culture deck is a strategic advantage. 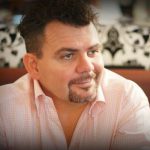 Bretton Putter is a leading expert on startup and high-growth company culture. As Managing Partner of a global executive search firm, he sourced CxOs, VPs and Directors for more than 400 startups and high-growth companies. He is the founder and CEO of CultureGene, a company culture consultancy, writes a popular blog on culture-driven companies, is a sought-after speaker, and a contributor to Forbes. His new book is “Culture Decks Decoded: Transform your culture into a visible, conscious and tangible asset“.