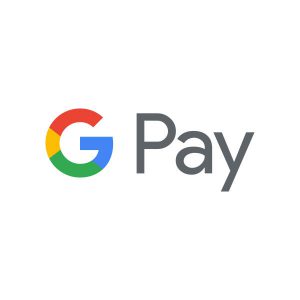 Google has just launched the new Google Pay redesign, with a new interface and overhauled on the payment app. Google Pay will replace the older Android Pay platform. Google Pay will allow user across multiple devices, this includes I-Phone IOS users and will surely take market share from competing Apple Pay customers. The app is also available for desktop download, making laptop purchases a snap. Google is truly on track to become the dominant player in the Mobile Payments Space.

On the merchant side, business owners should consider Google Pay at the point-of-sale, for fast “Tap & Go” mobile payments. According to Google, business owners would require an EMV Contactless Reader with NFC nearfield communication turned-on. These terminals are very common in todays landscape and prices have come down substantially if you are in the market for one. In February of this year, credit card terminal manufacturer Ingenico Group announced integration of “Google Pay Smart Tap” technology  allowing merchants to transfer loyalty information and coupons as customers pay with the Google Pay App. Merchants should get on board now as the millennials embrace the technology.

Google seems determined to dominate the mobile payments space and push the limits as to what the apps are capable of. From in-store and online transactions down to peer to peer payments, Google Pay is transforming the ease in which money changes hands. The market traditionally fills gaps or innovate in necessary industries when called upon. Financial transactions have been no different. From the early days of PayPal came apps like Google/Apple Pay and Venmo. Beyond financial transactions, Google is pushing to make the Google Pay a one stop answer to your life. Features allow you to save tickets for events or flights right on your phone from payment. Essentially creating a clean-cut wallet designed to keep you organized and simplify your life.

Businesses have started adapting more than ever to keep up with the changes and shifting trends the market is accepting or shying away from. There are few people out there today who do not use a smart phone on an hourly basis. Just like the smart phone consolidated many aspects of your life into one little device, the Google Pay app does very much the same for your wallet.

The technology that makes a smartphones capable of transmitting payment data is NFC (Near Field Communications). This allows a network to be set up between the user device and the terminal to complete the transaction. It usually requires a short distance to be able to initiate the transaction, about four inches. Although this is not a new technology, it has seen a resurgence with the integration of smartphone apps. You may remember from decades ago when the gasoline station fast passes were introduced. They run on the same technology, but in that case off a key fob.

Google Pay has taken the simplicity of having a card tied to a key fob and adding a fully integrated wallet for your charges, tickets and even loyalty programs associated with certain purchases. Additionally, the adding of peer to peer transfers is in many ways a swipe at Venmo who is owned by PayPal. This puts them in direct competition with each other. Apple, who countered with the Apple Pay, very similar to Google Pay, possibly ensured that the idea of a phone to make transactions would keep a firm footing. The largest phone company in the world adding an app like that means that the need for an NFC terminal in businesses would be a higher frequency. Businesses like Dunkin Donuts, McDonald’s and Whole Foods are already accepting Google and Apple Pay as forms of payment at their terminals. Countless small businesses could gain from adopting this technology. Seeing as it is no longer in the early adopter’s stage of growth, it is a much safer bet that the idea of paying for things off your smart phone is here to stay. Businesses who do not change with the times and technology tend to fall behind the competition that modernizes. Adding the ability to accept NFC transactions at your business only adds to your ability to service your customers in better faster ways. The major benefit of the NFC system is that its a quick swipe on the scanner and the transaction is complete. It increases the ease and speed in which someone can pay for their coffee, groceries or food and be on their way. This is a must have as the world gets quicker and more virtually connected.

Google Pay may not be for every business, but as we move into the era of artificial intelligence and self-driving cars, every business owner should take a look at the changing technologies and assess how the future will effect their business. As the millennials move out of the dorms and into the workforce, we need to understand technology will be driver for the success of every business. 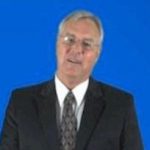 Mark Sands is Co-Founder and CEO of High Risk Merchant Account LLC, a leader in the high risk merchant services space. He is a small business expert and entrepreneurial enthusiast.

Marketing Tips When Your Business Audience Is Local