by Dr. Bob Deutsch, author of “The 5 Essentials: Using Your Inborn Resources to Create a Fulfilling Life“ 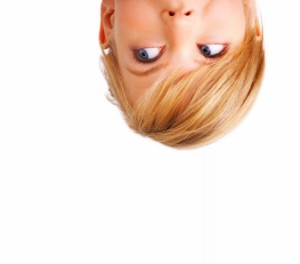 Today’s world is not only characterized by “fast,” but also by “complex” so how can businesses create compelling ideas in this new context? The answer is not in applying logic to more facts and data. The future belongs to those that are curious and open because those abilities expand ideas about themselves and their businesses.

In the current context of rapid-fire change, many non-designer companies have a growing sense that typical assumptions, methods and procedures no longer work. In order to become more creative and innovative, they often try to “hack” into the way designers work. There is a problem with how this way of design thinking is being applied. “Designers” in innovation and R&D roles are too focused on user testing and surveys to create product or services.

Artful thinking produces perspectives of the world that expands an audience’s view of themselves and potential options. Elon Musk and James Dyson possess this way of thinking because by their very nature, they are explorers. More than doing, they are expressing their own being.

Artful Thinkers are moderators between the avalanche of information, available options, and the essential needs and implicit desires of consumers. While basic needs can be identified by comparison and be related to evolution and context, desires are subtler.

Thinking Artfully prioritizes the detailed, personal narratives of people which are non-linear, symbolic, highly subjective and not wholly rational over data from user surveys and testing. In a sense, artful thinkers adopt an anthropological perspective focused on real behavior, whether it’s how people eat an ice cream cone or how to manage an ER.

As Jeff Bezos stated in a 2017 statement to shareholders, “… customers are always beautifully, wonderfully dissatisfied.” He goes on to say, “Good inventors and designers deeply understand their customers. They spend tremendous energy developing that intuition. They study and understand many anecdotes rather than only the averages you’ll find on surveys… a remarkable customer experience starts with heart, intuition, curiosity, play, guts, taste. You won’t find any of it in a survey.”

Artful Thinking goes beyond what people say in surveys to what they are interested in and can use now. It creates a larger vision of what’s possible through metaphorical and paradoxical thinking while linking it to universal realities. Artful thinkers would agree with Apple designer Guy Kawasaki’s dictum that “Customers can’t tell you what to innovate. They can’t tell you how to jump to the next curve.”

Thinking Artfully focuses on human nature and peoples’ ways of being, not only as “consumers” or a “demographic category” or “collected data points”. It must come from the inside, not from taking on someone else’s recipe for success. As Leonard Cohen often stated, “If I knew where good songs came from, I’d go there more often.”

The Artful Thinker is interested in constructing new narratives beyond what currently exists. It is only in this way that they see their usefulness to society. The artful thinker feels they are in touch with something deeper than logic or numbers and the calculated exactitude of surveys and numbers. Their experience is big, shared, and magical. They do not get stuck on what they know how to do and should do, or on what their bosses or clients think and say. They believe the preconceived and micro-managed as the surest way to produce “boring.” As Joi Ito, Director of MIT’s Media Lab, said, “You don’t change the world by doing what you’re told.”

Stepping Outside a Comfort Zone.

Artful Thinkers remind us that the “crazy ones” – a term coined in the famous 1997 Apple ad — are people who change the world by taking a naïve stance, trusting in imperfection and their own visceral experience to journey from not knowing to partial knowing. They ignore norms and take risks. They have nurtured an ability to “step outside their comfort zone” as a means to living a more interesting life, where inventing new experiences is a fundamental part of existing. Of course, they want a product or service to be commercially viable, but not at the expense of authenticity or society’s vitality. 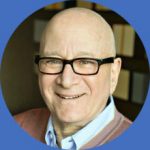 Bob Deutsch Ph.D., is a cognitive anthropologist, founder of consultancy Brain Sells, and author of the book “The  5 Essentials: Using Your Inborn Resources To Create a Fulfilling Life“. His insights into human behavior have made him a valuable asset to the State Department and the Department of Defense. His commercial clients have included MasterCard, American Express, Pfizer, Apple, HSBC Bank, National Geographic and The Johns Hopkins Medical Center.