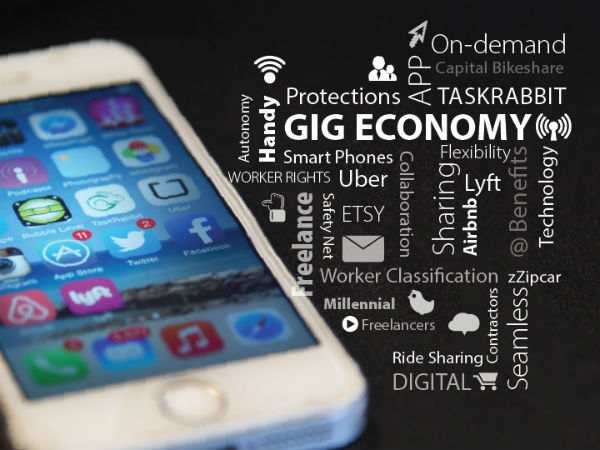 The recent Taylor Review of modern working practices and the Government’s response in the shape of its Good Work Plan is a useful barometer for gauging the current state of employment law in England and Wales. Many of the issues it highlights have been the focus of attention by both the media and the courts – and none more so than the gig economy.

The expectation that work is something that is undertaken between 9 and 5 is dying alongside the rise of the so-called gig economy. Online labour platforms and apps for both the self-employed and those who once considered themselves traditionally employed are affecting individuals’ ability to work predictable hours and earn a stable income. Recent research suggests that around one quarter of those who earn their living in the gig economy are paid less than the national minimum wage. At the moment, this is not unlawful because of their status as self-employed. The issue has already reached the courts, in the form of separate litigation involving Uber and Deliveroo – but questions are now being raised over how seriously the Government is taking the issue despite its proclamation that all work should be “fair and decent”. Some commentators have already suggested that the Government’s Good Work Plan is swerving the issue, at least in the short term, by doing no more than proposing a consultation process.

At the heart of the matter is the question of what distinguishes the self-employed, the employed and workers from each other – and what ought to distinguish them. Solutions to the precarious and fluctuating incomes experienced by so many individuals will not be easy to come by. Suggestions that the gig economy should be legislated out of existence are impractical: businesses may well respond by moving workers onto contracts of employment guaranteeing only a very few hours of work per week, and managing seasonal industries would become very difficult indeed.

Some of what the Government is offering amounts to much-needed clarification of existing rights. Some of those in the gig economy are already classed as workers (for example those operating on Uber’s platforms) but others (including those operating on Deliveroo’s remarkably similar platforms) are not. Although the former group is entitled to holiday and sick pay, not all of them appreciate that this is the case. The Government’s pledge that everyone will receive a statement of what they are entitled to as soon as they start work is a welcome ray of clarity. However, at the moment, it falls short of providing new employment law rights.

Businesses may welcome the clarity, if not necessarily the news that HMRC is to have responsibility for overseeing compliance. However, residual concerns will remain over issues such as whether the Low Pay Commission will agree with the Government’s contention that zero-hours’ workers should receive a higher minimum wage to off-set the uncertainty of their working hours. There are also intimations that existing laws allowing agencies to pay workers cheaper rates may be repealed. At the moment, it is very much a question of “watch this space”.