by David Disiere, founder and CEO of QEO Insurance Group 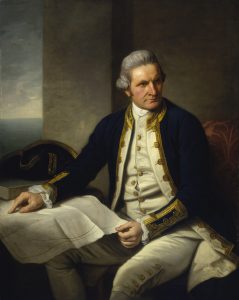 As an entrepreneur, your odds of keeping an “open for business” sign aloft are not stellar. Only one-third of startups are able to stay in business for a decade, according to statistics from the Small Business Administration.

But you don’t care about statistics. You are intrepid. You are a pioneer. You understand your mission. You have a grasp on your industry, and you are able to draw conclusions to formulate options, alternatives, and forecasts. Every day, you chart your course with the mindset of accomplishing the seemingly impossible.

In other words, you are equipped to be a successful leader. But as true leaders recognize, each day spent not learning is a day wasted. Warren Buffet, arguably the greatest investor of all time, didn’t necessarily have a leg up on his peers when he started out. He had the drive necessary to move seamlessly from vision to strategy to execution and back again. Not only was he a great student, but he also never rested on his laurels.

I have worked in the insurance industry for nearly five decades, but I approach every day with an appetite for new knowledge. Even when I’m buried in work, I carve out time to listen, understand, observe, and evaluate. It can be a challenge, but I know I’ll never meet my goals if I get complacent.

As you read this introduction, you might have been puffing out your chest and beginning to feel pretty good about yourself (and you should). You have undoubtedly made sacrifices to get where you are, but your hard work is far from done. If you want to be the master and commander of your chosen profession, you need to invest the time and energy necessary to achieve your goals. By constantly investigating and evaluating your progress, you can learn from your experiences and grow as a person.

The Life and Times of Captain James Cook.

I believe that business success comes to those who explore outside interests. It just so happens that one of my passions is history, and I’ve spent years studying Cook’s life as an adventurer, explorer, cartographer, and navigator. I’ve learned a thing or two from this persevering man who repeatedly led his crews into uncharted waters.

Cook is a rare breed. Unlike other high-ranking officers of the Royal Navy, he started at the bottom. He mopped the decks, and he learned to work a ship’s systems. He was also perfectly imperfect. How? Cook was positive there was a southern passage through the South Pole, and he did his best to find it. He also spent time looking for a northwest passage through North America.

You and I know that neither passage existed at the time — the Panama Canal was built long after Cook’s time — but this exercise in futility doesn’t take away from his greatness. Despite running into countless dead ends, Cook never stopped strategizing and planning. Throughout his voyages, he uncompromisingly verified and documented the process, which provided others useful information about our world.

You might be wondering why you are reading about a British explorer who has been dead for more than 200 years. That’s a fair question.

Countless entrepreneurs today are essentially following in Cook’s impressive wake. They are working toward ambitious goals. They are persistent. They are stubborn. They are intellectual. And, hopefully, they are learning.

Cook never stopped educating himself or others. The more he learned about the Atlantic and Pacific Oceans, the closer he came to being the most advanced expert in exploration and navigation. At certain points in his life, Cook undoubtedly knew more about his field than any other person on Earth. What entrepreneur wouldn’t love to be in that position?

Taking a Page from Cook’s Book.

While you probably won’t be sailing the high seas in the near future, you can still take a few lessons from a fellow pioneer to master the seas of business — and avoid walking the plank. To fearlessly explore the uncharted waters of your industry, you have to put some measures in place.

Cook circled the globe three times. Although you might picture him at the helm loving every minute of it, don’t fool yourself. It was perilous and grueling work. Despite the difficulty, his deep love of exploration kept him going through the tough times.

I can relate. I cannot claim that I’ve enjoyed every last second of my career, but I realize that I sometimes have to do things that are not fun. I’ve always been comfortable with that because I know that’s the only way I’m going to learn and become stronger. Seize every opportunity you can to learn something new — whether it feels directly applicable to your career or not.

2. Always have a destination in mind.

Map out a route to help you become the master of your industry. I’m not one to waste time patting myself on the back for a job well done. Once I hit an objective, I decide it’s time to target a new goal.

One of my early goals was to help my company reach an annual revenue of $1 million. When I finally reached that goal, I decided to move the bar up to $100 million. Start out by setting a goal that feels difficult but achievable. After you hit that goal, figure out a next step that will push you while still being within your reach. Keep lining up new goals as you knock the old ones down, and you’ll slowly begin to build an impressive series of victories.

3. Don’t be afraid to change course.

Don’t have a concrete goal? Make one. Then, do whatever you can to head toward it. If your company is aimless, it won’t be around for long.

As you sail toward your destination, though, it might become obvious that you have to alter course. Maybe your vision changed based on new information, or perhaps your initial plan simply isn’t possible. That’s OK. Cook didn’t always have the wind perfectly at his back; he had to adjust his routes regularly. Allow yourself to reset your end game without regret.

The next time you’re feeling like you’re not where you hoped you’d be as a business leader, remember that incredible discoveries can happen at any moment. Who would have thought that a lowly deckhand would eventually become one of history’s most famous explorers? You might not be Captain James Cook, but you can channel his ambition, determination, and persistence to help your company navigate toward a bright and fruitful future. 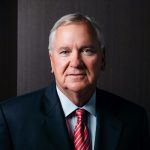 David Disiere is the founder and CEO of QEO Insurance Group, an agency that provides commercial transportation insurance to clients throughout the U.S. He is a highly successful entrepreneur who has launched business endeavors in the real estate, oil and gas, agriculture, and automotive sectors. He’s an avid collector of classic cars, rare art, first edition books, and Lalique hood ornaments. David is equally passionate about philanthropy, and he works to help underprivileged children through the David & Teresa Disiere Foundation.