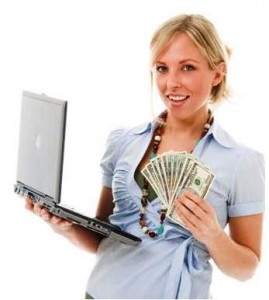 The gig economy is radically transforming the workforce. Don’t believe me? Most recently, Intuit, makers of QuickBooks and TurboTax, estimates that 34% of the US workforce is participating in some form of gig-economy work. That number is expected to increase to 43% by 2020.

Elsewhere in the world, the gig economy is having more drastic and disruptive effects on its workforce. The EU has called out the gig economy, moving to secure fair working conditions through its Pillars of Social Rights Principles in response.

Much has been written about the gig economy, also known as the sharing economy, collaborative economy, or platform economy, and it’s clear, then, that this mobile-centric marketplace of freelance workers has shattered all expectations. The gig economy has transformed and disrupted the global workforce. In its wake has redefined what we should expect from our payments.

Beneath the elegant interface that makes it so easy to hail a ride on a busy Friday evening, or order takeout from that Thai fusion restaurant, is a sophisticated set of APIs that power the payments for both Lyft and Postmates. And just as quickly as you request a fare or place an order for a papaya salad, so too does the money move as quick between your account and the merchants.

This value proposition is what sets the gig economy apart: instant delivery matched to instant funds. And as anyone who’s taken an introductory economics class can attest, this perfect pairing in the marketplace — this rapid fulfillment of wants and needs — is what makes the gig economy so revolutionary.

But the gig economy has also demonstrated payments can move quickly and seamlessly between parties — whether those be consumer to consumer, consumer to business, or business to business. Most importantly, it shows that this can be done at scale.

What the gig economy has done for payments has far-reaching applications in every industry.

Take Lyft and Uber, for example: aside from the standard, automatic weekly deposits, both services allow its drivers to initiate an immediate cash out of the day’s fares, receiving funds in as little as a few hours. Or, better yet, Airbnb initiating payment transfer to hosts before their guests have even left!

Compare this to how other companies make their supplier payments.

Unfortunately, the time-consuming process of check writing is simply accepted as the cost of doing business — which can quickly add up. Of the businesses surveyed by AFP in its 2016 Electronic Payments Survey, 51% of their supplier payments are still made by paper check. Compounding that with AFP’s 2015 Payments Cost Benchmarking Survey, which pegs the outgoing per-check processing cost at $5.91, reveals that writing those 500 checks per month amounts to a little over $35,000 per year — or approximately the cost of one accounting intern.

Considering how businesses have been dealing with B2B payment since — well, the beginning of modern society — you’d expect a much better solution to have emerged a long ago.

We’ve made a problem.

By empowering the everyday consumer to earn income outside his or her regular W2 employment, the gig economy ran up against the consumer’s expectation for immediate payment. That consumer won’t accept a delay of 30-, 45-, or even 90-days, as is often standard practice for B2B payment terms. More to the point, consumers wouldn’t tolerate it.

But the gig economy isn’t an insular one. With markets dispersed globally, payments had to scale. Solutions had to be in place for different currencies, payment networks, banks, and the likes. Airbnb’s penchant for the wanderlust tourist required they tackle this challenge head on:

“As usage spread outside the US, the limitations of this system became clear. Guests in Europe looking to book listings in the US would be charged in dollars and ended up paying an additional conversion fee. In some countries such as Germany, credit cards weren’t commonplace, and German guests couldn’t pay with their most trusted payment method.”

The gig economy’s foresight and resolve of this common business practice was prescient. The payments problems faced by these platforms forced a better solution and demonstrated that there is a better and much easier way to pay suppliers.

Airbnb and the other gig economy platformers knew that their success would be — at least partially — contingent on their efforts in payments as fast, as easy, and as frictionless as possible. That solution would also need to scale to handle the glut of demand. Arguably, its popularity and ubiquity today prove they succeeded in doing so.

Payments for other industries, however, aren’t as complicated. Most businesses, after all, don’t sprawl across 83 countries like Uber does or handle some 70 different currencies as Airbnb does. Businesses simply need an easy way to send US dollars from one bank account to another — what they need is an automated alternative to paper checks.

And that’s what fintechs provide.

Fintechs are the ones handling the time-consuming task of preparing the checks, stuffing it in envelopes, and even putting it in the mail — metaphorically speaking, of course. This over-simplification, however, fails to highlight the many benefits added by fintechs. This has allowed business to pay suppliers in many different ways—whether by an ACH push or pull, a credit card proxied through a secured virtual card number, international wire transfer, or yes, even the conventional paper checks.

By applying Silicon Valley principles to Wall Street practices, fintechs have abstracted the actual payments process into simple, discreet API call. This allows just about any organization with standard off-the-shelf or up-in-the-cloud accounting software to send payments with the click of a mouse. 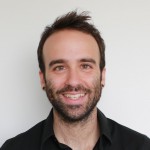 Ralph Perdomo is a research analyst and writer at Nvoicepay, a fintech company headquartered in Portland, Oregon. He’s passionate about technology and its overlap in behavioral and financial economics.