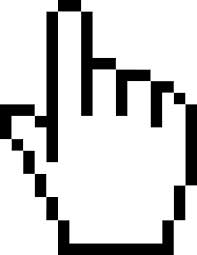 President Ronald Reagan once famously said about the Soviet Union, “Trust but verify.” While digital advertising is not as much of an existential threat as the Cold War was, the principle of verification very much applies.

Since bots don’t buy products or services, brands looking to increase revenue through digital advertising campaigns must demand transparency and understand how campaigns are measured.

A recent study from WPP projects that brands will waste $16.4 billion in 2017 on fraudulent advertising traffic and clicks generated by bots. This would more than double the $7.2 billion lost to ad fraud in 2016 as reported by Advertising Age.

In January, Procter & Gamble Chief Brand Officer Marc Pritchard challenged the industry to clean things up, “The days of giving digital a pass are over. It’s time to grow up. It’s time for action.”

When the world’s largest advertiser speaks, people listen. Google, for example, has agreed to undergo an audit from the Media Rating Council that includes YouTube ad inventory as well as three of Google’s biggest third-party metrics companies: Moat, DoubleVerify and Integral Ad Science.

As the CEO of the first Omni-Channel PMP media company, we champion transparency, take pride in our legitimate third-party measured results, could not agree more with Mr. Pritchard and applaud the efforts by Google and Facebook to regain advertiser trust.

Programmatic offers supposed reach but advertisers who rely solely on automation should be cautious. Nearly 30% of the $27 billion spent on open exchanges in 2016 was on invalid traffic (IVT). Many brands are turning to Private marketplace (PMP) companies instead because they have less fraud (12% vs. 30% industry average) and offers higher quality ad inventory on very reputable digital properties.

Tesla and SpaceX CEO Elon Musk recently said, “If humans are to survive, we must merge with machines.” As more ads pop up on unapproved sites next to inappropriate content or fake news, brands are seeking more control. JPMorgan Chase Chief Marketing Officer Kristin Lemkau, said the company went from having ads on 400,000 websites down to 5,000 sites and be asserting more human control they saw little change in the ROI of their ad spend despite the dramatic drop-off in number of sites.  It is all about quality placements.

IAB Standards 3.0 is the basis for all digital media contracts.  Within these terms, there is a clause that calls out Sequential Liability.  This can be paired with your own terms for the Insertion Order that states no IVT will be paid for.  Make sure this is in place so you will not be charged for any impressions that MOAT classifies as IVT. While it is currently impossible to avoid IVT completely, companies that offer a premium inventory mode reduce fraud because publishers know they will not be paid for anything unauthorized. Using this model, PK4 Media has less than 3% IVT as measured by MOAT.

Before signing a contract, confirm campaign performance reports will come from third-party measurement services such as MOAT or Integral Ad Science. While even these sites are in the process of being audited as mentioned above, they are still the industry standard to help mitigate the risk of advertising fraud.  If anything, the independent audit will only make these sites stronger.

IBM assessed that 2.5 quintillion bytes of data are created every day but 90% of it is never analyzed. They predict the demand for data scientists will soar 28% by 2020.The ability for data scientists to assess and turn data into revenue will be the biggest differentiator for businesses in the years to come

Digital advertising is evolving more rapidly than perhaps any other industry.  Every day new opportunity is met with new risk.  By following the four tips mentioned above, you will be able to mitigate the risk of fraud and maximize ROI on your digital ad spend. 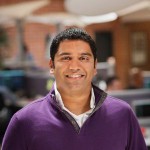 The Year Of The Quitter: Seven Things To Stop Doing In 2021

Are You Bringing Your Best Self To Work?

A Startup’s Guide To Setting Up An Accounting System

Helpful And Effective Tips To Pass Your Contractor’s License Exam