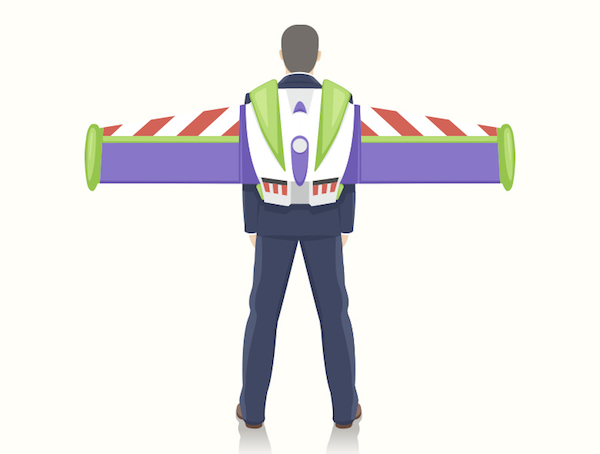 “I never look back, darling. It distracts from the now.”

When Lawrence Levy sat down to write “To Pixar and Beyond: My Unlikely Journey with Steve Jobs to Make Entertainment History“, he was making a conscious choice to look back and reflect upon what he saw. Levy’s current spiritual path might lead one to believe that he can do so from a more enlightened “now,” undeterred by the past’s distractions.

Such ethereal language is hard to avoid when referring to Levy these days. Once a Silicon Valley corporate lawyer and business executive, he was chosen by Steve Jobs to form part of the driving force behind the early and unanticipated success of the Pixar animation company. Now, however, he has retired from this cutthroat lifestyle and opened a non-profit centered around Buddhist meditation and teachings. The Juniper Foundation, which Levy opened in 2003 with his wife Hillary and renowned Buddhist master Segyu Rinpoche, touts itself as a New Age type of meditative school, where the “wisdom and experience of a long-standing meditation tradition are presented in a secular form, tailored to modern culture, knowledge and sensibility.”

Contradictions seem to abound from a cursory glance at this professional about-face by Levy. The constantly whirring, competitive nature of Silicon Valley and the serenely meditative one of Buddhism apparently have nothing in common. One values production, high intensity, speed, and lucrative results. The other recalls solitary reflection, peaceful meditation, a rejection of material values, and inner tranquility. One is the technological capital of the planet. The other is inseparable from mental images of soaring mountains or majestic forests.

Yet Levy is far from the only Silicon Valley resident to turn to the spiritual path of one or more of the Eastern philosophies. As the many biographies of Jobs released in the years since his death have revealed to the public, Jobs himself regularly meditated and sought counsel from a Buddhist monk. And in 2013, Noah Shachtman of Wired magazine wrote a piece about the entire Valley’s adoption of “millennia-old traditions” in the form of company-wide meditation, internal courses in introspection, energy management, and “wisdom” conferences. Shachtman gives the impression that companies like Facebook, Twitter, and Google are eagerly using these practices to help train their employees in mental awareness, aiming for better interpersonal skills, which lead to improved internal activity and even better productivity.

But this new wave of Zen is not what Levy was riding upon as he made the decision to leave Pixar and found the Juniper Foundation. He describes his own, earlier experience with these methods within the youthful Pixar as discovering the truths of the Middle Way. In the chapter dedicated to the Middle Way in To Pixar and Beyond, he explains that this methodology is “a means to discover how what we take as truths are often merely paradigms that we can go beyond” because it is based on the idea that we cannot actually grasp reality’s full complexity. The Middle Way itself is the path forged between that which we cannot reach entirely and the tools we have created in order to approximate it. And according to Levy, Pixar’s success in 1995 was a result of the company’s adoption of its own Middle Way. Instead of allowing the company’s business executives to have the last word on creative decisions, Pixar put all aspects of storytelling into the hands of the creative team. In other words, they found the balance between creative artistry and shrewd business sense. The employees were much happier and the company as a whole thrived because Levy and Jobs believed in “the potential and possibility of the mind” and allowed the Middle Way to let them “tap into that potential.”

Perhaps it is the way that Levy words his book, or perhaps it is because Pixar is pre-Facebook and Twitter, but his Middle Way simply gives the impression of a more authentic, genuinely Buddhist methodology. The company’s employees were deeply unhappy with the way Pixar was being run before it became public and made billions, and their adaptation to a new interplay between business and creativity was a gradual process that eventually reaped its reward. The Middle Way experiment would have encountered and entirely different situation had the company already been well known and wealthy.

Because of this, the Pixar model is something of the past. And in comparison, reading through Shachtman’s detailed portrayal of the wealthiest companies in the Valley and their current emphasis on meditative practices, it is difficult to keep skepticism at bay. Despite the many examples of employees who claim to have found new Zen calm, and healthier overall lifestyles, the underlying need to forever be more productive and make more money is inextricable. These are some of the most lucrative businesses on the planet; they are constantly looking for ways to make more profit, and if that means training their engineers in emotional intelligence so that they interact with their colleagues better and thus produce more money-making power, then that is what they will do. As these same engineers admit, it is no longer about the Founding Fathers of Silicon Valley (like Jobs and Levy) and their previous generation hippie tendencies. It is about modernity, advancement, and profit. The very fact that it is a fad, despite what the title of Shachtman’s article might claim, only underlines this fact. Every company wants to be up on that bandwagon, for fear of being left behind. 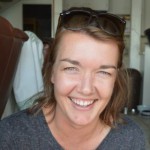 Sarah Emory works for the startup Instaread.co. When she is not maintaining the social media accounts for the company, she is creating content for their blog. Having graduated from Berkeley with majors in Spanish and English literature, she uses her perpetual love for these subjects to create articles based on the book summaries featured daily by Instaread.