by Jeremy Cage, President of The Cage Group and author of “All Dreams on Deck: Charting the Course for Your Life and Work“ 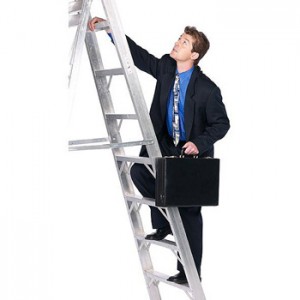 Most of us will die full of potential – and that includes businesses as well as people. One of the key drivers of this phenomenon is the lack of intentionality. We all have dreams – for our businesses, our careers and our lives – but far too often we lack the intentionality to make them happen.

Enter “the ladder of intentionality.” I love the metaphor of the ladder, because the higher you climb, the scarier it gets. And so it is with intentionality. But getting to the top also means that you dramatically reduce the chances that you, or your business, will die full of potential.

The First Rung: Think About It.

Let’s start on the lowest rung of the ladder – where many of our thoughts and dreams reside. This is not an unimportant rung on the ladder, because all our great thoughts and plans have to start somewhere. You’re musing to yourself over a nice hot cup of coffee while listening to your favorite music on your playlist. “Mmm – maybe, one day, I’ll become a rock star, start a business, get a degree, you name it…”. Many of these thoughts and dreams enter your consciousness, bounce around a bit – then leave – almost without a trace. No one, other than you, even knows you’ve had the thought – so there’s no-one to hold you accountable. Not even yourself. There is literally NO intentionality here.

The Second Rung: Write It Down.

Now a couple of those ideas might stick around – and when that happens, it’s time to climb up to the next rung of the ladder of intentionality. On this rung, it’s time to write these thoughts or dreams down. Just by doing this simple act, you are becoming more intentional. Someone could read them and hold you accountable! And by the way – that someone could be you. We love ‘to-do’ lists because they help us hold ourselves accountable for getting the things we need to get done, done (and we derive great satisfaction scratching them out when the task is complete). If, after writing them down, a couple of dreams are still sticking around and getting you excited – then it’s time for the next rung.

The Third Rung: Declare It Out Loud.

Here on the third rung of the ladder, it’s time to actually declare your thought or dream out loud! Now your level of intentionality has kicked into a whole new gear – because it is your WORD. You are sharing with friends, family, and colleagues that you have this dream or that dream, and you fully intend to make it happen. Depending on the nature of the dream, you may be met with either enthusiasm, support, skepticism or opposition. In my experience, it’s usually a combination of all four. My counsel here is to start with your inner circle – the people you trust. At least then you know that the reactions you’re getting are coming from people you know care about you. If you remain determined after having declared your intention out loud, then you are well on your way – but still not on the highest rung of the ladder.

The Top Rung: Get Others Talking About It.

The highest rung on the ladder of intentionality is when you get others talking about it. You have declared your dream and your intention to realize that business or personal dream with such passion, conviction and specificity, that everybody is talking about it, and you’d actually be letting them down too (in addition to yourself) by not following through. JFK was a master at this. He did not just write a memo at his desk that we were going to send a man to the moon and bring him back safely to earth within a decade (when we had no idea how to do it by the way). He did not just tell his friends, family and colleagues. No – he declared it out loud during a joint session of Congress in May 1961, and in such a compelling way that not only was everyone in the US talking about it, everyone around the world was talking about it. It drove everyone to action, and we got there and back in 1969 – well ahead of schedule!

Not every dream has to be a ‘Get to the Moon’ big dream. They come in all shapes and sizes. But don’t just let them sit on the bottom rung of the ladder. Don’t let them, or you die full of potential. Climb up the ladder and make them happen. 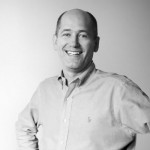 Jeremy Cage, author of “All Dreams on Deck: Charting the Course for Your Life and Work“, is President of The Cage Group, which focuses on unleashing the full potential of businesses and people throughout the world. He has held senior management positions at Procter and Gamble and PepsiCo; served as CEO of The Lighting Science Group; has lived and worked in Sweden, England, Mexico, Venezuela, Brazil and the United States; and took 16 months to sail around the world with his family. Cage is also co-founder of several start-up companies in the areas of healthy foods and nutrition.