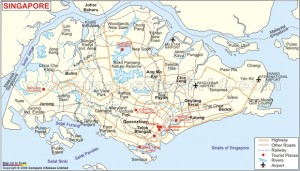 At first glance the Singapore economy appears to be ticking over at an expected level for a developed nation. From April to June 2016 it grew by 2.2%, which was faster than the 2.1% growth across the same period the year before, and on the surface it appears to have weathered a lot of problems that have affected other economies relatively well.

However, global uncertainty and a lot of underlying problems are now having an impact on Singapore’s economy, with worries of an impending recession. It is this uncertainty which appears to be the main driving force behind the fears of a fresh recession.

In Singapore manufacturing actually grew in the year’s second quarter by 0.8%, on paper a positive thing. Yet this was mainly due to a quick boost for the country’s volatile biomedical sector that produces drugs in Singapore. Take away the biomedical industry and manufacturing in the nation is in recession.

The purchasing manager’s index, which surveys factories has been continually down for 13 months in Singapore too, a sign of an incoming recession. Various oil and gas companies have struggled recently too, while the services sector is also showing signs of problems, which is bad as it makes up around two-thirds of the country’s economy.

Monetary Authority of Singapore managing director Ravi Menon recently said that: “For the first time in decades, global trade is growing slower than global income. If trade – the source of global growth and prosperity since the second World War – is now growing slower, are we entering a new era of uncertainty?”

As such a small country, Singapore relies on the rest of the world to grow economically. Trade turbulence between other Asian and global nations is not good news, though it does offer increased forex trading opportunities as volatility continues.

Trade is struggling for Singapore, with trade growth not increasing by more than 3% since 2011 for the country. Now it expects non-oil domestic exports to fall by 3 to 4% compared to 2015 by the end of the year.

This fall could be another factor leading to a potential recession if the trend is not turned around soon. There are even worries that the ongoing Brexit will pose a future risk, especially given the financial and banking ties between the two countries. However, the uncertainty could smooth out and Singapore avoid a recession in the near future.