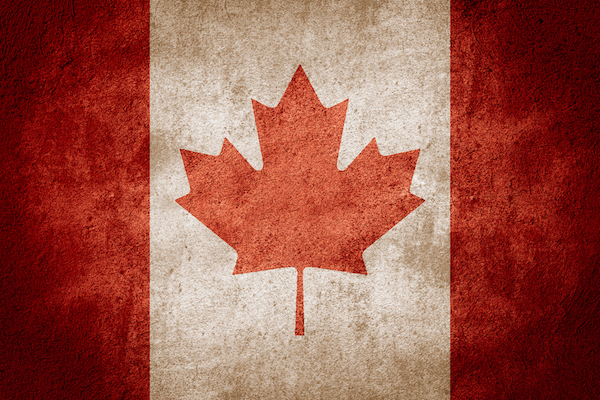 For aspiring entrepreneurs, it’s hard to resist the allure of Silicon Valley. The access to some of the world’s brightest minds in technology, the proximity to some of the industry’s most influential brands, and the vast networking opportunities in both start-up and investor communities is hard to ignore.

You’d be forgiven for thinking that any budding entrepreneur should only look at setting up in Silicon Valley to be successful. Sure, companies in the Bay Area – particularly Silicon Valley and San Francisco – consistently receive the highest percentage of venture money nationwide. But a slowdown in venture capital financing and questions about a technology bubble have led to many entrepreneurs and startups considering other avenues for growth.

One of the countries gaining momentum with the early-stage start-up community is Canada, and for good reason. In addition to strong economic growth, low taxes and low business costs, its new Start-Up Visa is the first program of its kind globally, providing immigrant entrepreneurs globally with the opportunity to become permanent residents to start their businesses in Canada.

While I’m now based in Redwood City, our origins 20 years ago started in Calgary, Canada. It was there that we founded and grew the company until we raised our venture round in 2013. Immigrating from Canada to the U.S. as an entrepreneur has given me first-hand perspective on the benefits of building a start-up outside of the illustrious Valley, and if I was to start a new company all over again, I’d still choose Canada. Here’s four reasons why:

The Talent Pool is Endless.

With some of the top technical universities in the world, including the University of Toronto, the University of BC and McGill and Waterloo, Canada offers an enormous amount of tech talent without the cutthroat competitiveness of Silicon Valley. Moreover, as a growing number of graduates settle into local metros, entrepreneurs are able to gain a stronghold on a critical mass of talent in a relatively short amount of time.

The Quality of Life is Superior.

While the Bay Area remains one of the most expensive places to both live and run a business in the United States, Canada enjoys a lower cost of living without sacrificing quality. In fact, Canadian cities are typically ranked among some of the most livable in the world. This year, Vancouver was rated the #1 most livable city in North America by Mercer, followed by Toronto (#15) and Ottawa (#17). By contrast, San Francisco, the top ranked U.S. city on the list, came in at #28.

Software Development Incentives Speak for Themselves.

Unlike its southern counterpart, Canada offers extremely favorable tax incentives for software companies and start-ups. In this case, Canadian-based businesses are allowed to claim Scientific Research and Experimental Developmental (SR&ED) tax deductions, enabling them to write off virtually all costs related to software development. With the average software developer making well into the six figures—and often more in Silicon Valley—the SR&ED tax incentives alone makes a Canadian start worth it.

The Country is Progressive by Nature.

Many people like to believe the U.S. is progressive, yet it’s in fact leagues behind Canada in many ways. Politically speaking, a recent poll by Abacus Data ranks current Canadian Prime Minister Justin Trudeau as the country’s best loved leader. Trudeau has also been lauded for his focus on diversity and equality—an issue that has been difficult for the U.S. to overcome, both in the public and private sectors. His cabinet is currently 50 percent women, and his Defense Minister is Sikh. And while affordable healthcare and basic parental leave rights remain hotly debated topics in the U.S., Canadian citizens have long-enjoyed progressive healthcare and maternity leave benefits.

With so much at stake in a company’s first few years of operation, the ability to build great teams and great products/services outside of Silicon Valley can offer tremendous advantages. While the U.S. has been and continues to be a wonderful place to expand and grow my business, the years we spent in Canada undoubtedly made all the difference.

As Chief Executive Officer of Replicon, Raj Narayanaswamy is responsible for executing the company’s strategic goals and leading corporate initiatives. With more than 25 years of software development and senior management experience, Mr. Narayanaswamy is widely recognized for his visionary approach in developing innovative software applications that meet the needs of leading enterprise organizations.