One in seven Americans are at or older than retirement age. By 2060, the total number will climb to around 98 million — more than twice the number in 2013. Along with the soaring numbers of those in their golden years comes a spike in age-related issues, such as chronic illnesses that lead to overall decreases in functionality. This presents a unique opportunity for entrepreneurs to both solve problems and grow successful startups.

Short of finding the fountain of youth, it’s highly unlikely we’ll arrive at a one-size-fits-all solution. That’s why the aging population should be seen as a golden opportunity for entrepreneurs.

Every advancement you make helps improve life for those around you — and has a built-in growing market. But it is easy to forget that older consumers have vast purchasing power.

In the United States alone, consumers 50 and older outspent younger adults by approximately $1 trillion in 2010. And yet, according to a survey of companies, just 37 percent felt it was important to come up with products aimed at this population. That translates to a vast untapped area of potential for startups.

Beyond just spending power, the so-called “silver economy” has a chance to be a dramatic boon, allowing for exciting economic expansion opportunities and cross-national collaboration, but we must act now: The costs of waiting — financial and social — will be overwhelming.

With the stakes clearly at an all-time high, here are three areas of opportunity for today’s entrepreneurs:

Common barriers to communication include the declining sensory, cognitive, and physical abilities of some older adults — think of your grandpa constantly asking you to speak louder.

However, these technologies fall woefully short when it comes to serving older adults who suffer only from normal aging with mild hearing loss, forgetfulness, word retrieval problems, and slight slowing of cognitive function.

While many of our elders find themselves surrounded by unfamiliar advancements in technology and new cultures they aren’t fully comfortable with, it doesn’t mean they desire to remain in the dark.

A great opportunity would be to provide a global platform that not only helps the aging population understand the new culture of technology, but one that also provides an intergenerational channel for younger people to learn from the experiences of those who’ve already walked their path.

Economies worldwide have the potential to increase their gross domestic products by astronomical sums if they are able to tap into the “silver economy.” Being able to work means being able to provide for oneself. However, this will require an increase in their abilities to function on a day-to-day basis.

Chronic illnesses can present debilitating hurdles for the elderly. People with chronic illnesses have tendencies to ignore their illnesses, self-medicate, or unconsciously adapt to the symptoms of their respective disease, especially if they’re relatively mild. A potentially big advancement for getting our aging population back in action would be to find ways to help them get over their medical hurdles and increase their independence.

While the economic opportunities in the aging population are palpable, there’s another aspect of it that draws you in — altruism. Members of the aging population have worked hard their whole lives, and they are deserving of more than just our respect; they deserve our attention. It’s up to you to provide the tools they need to live the lives they are more than willing to pay for. They know they not only deserve it, but they’ve also earned it. 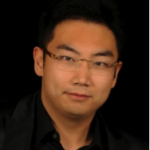 Kevin Xu is the CEO of MEBO International, a California- and Beijing-based intellectual property management company specializing in applied health systems. He also leads Skingenix, which specializes in skin organ regeneration and the research and development of botanical drug products.