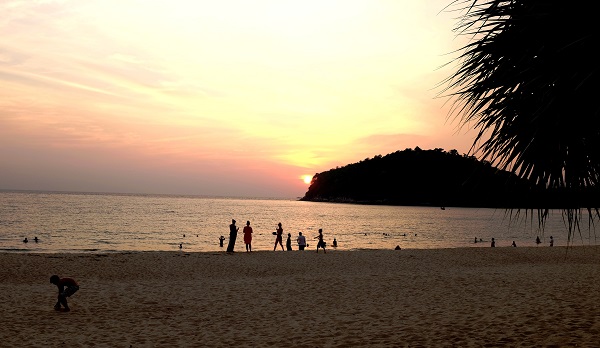 While many consider “Who Moved My Cheese?” by Spencer Johnson to be overly simplified, the heart-warming tale of mice and little people learning to adapt under ever-changing conditions was exactly the push in the right direction that me and my wife needed to pack our bags and head off in search of personal growth and adventure.

We learned that if you accept a level of risk and adventure, change stops being scary, and starts being a positive motivator, as you better your own experience through small changes in your day to day behaviour.

During our time as digital nomads, we took these lessons on board, and strived to constantly change our operatus operandi whenever we met a challenge. What was born as a year long backpacking trip in Asia evolved into something a lot more meaningful, and 5 years and two startups later we can look back at the mistakes we made and the lessons we learned along the way.

Don’t choose your location based on idealistic images.

Being a digital nomad isn’t so much about choosing a country but choosing a city. Most large Asian cities have reasonable internet connection. You may well have to trade-off your travel dreams versus your tech startup requirements.

As awe-inspiring as living on a remote tropical island sounds, there may not even be electricity between certain times of day due to rotating power scheduling whereby a town only receives electricity for a few hours daily. The exception to that rule is finding an island which is heavily dominated by tourists – such as Boracay in the Philippines – which has the budget to cater for Western needs.

Be wary of storms and monitor trustable weather sites at least twice daily. If establishing physical offices in a developing country, split them into at least two physical areas hundreds of miles apart from each other. Our office in Cebu in the Philippines was obliterated by super typhoon Yolanda, the strongest tropical cyclone ever recorded which killed more than 6,300 people. Fortunately none of our employees lost their lives and the second office 300 miles away in Manila continued operating as normal.

Make sure your papers are in order.

Keep an eye on visa requirements before choosing a country as there’s no point trying to base yourself in a country where you will have to move on in a few weeks time. Moving around too often is expensive, exhausting and interferes with your startup. For example, in Thailand you can do a VISA run in one day then return, whereas in Vietnam they are strict with their one month policy. VISA run rules change frequently so keep an eye on the latest government updates.

If you hold multiple passports, research wisely which passport you use to enter a country as some passports will allow you to stay longer, such as Japan which allows a British passport holder to stay in the country 6 months rather than the usual 3 months.

Be realistic about local infrastructure.

Running a technology company from a developing country comes with numerous challenges. Power outages occur almost daily, internet is at best inconsistent, telephone lines are unreliable, and raging storms, floods and even tsunamis offer a life-threatening extra-worry to the list.

Always have multiple sources of internet connectivity. Get two internet landlines and research to make sure the two providers do not run on the same physical network. When it rains, the land-based internet will fail so carry two data SIM cards by two different providers.

When there is both electricity and internet at the same time, work. The work-day is influenced by the availability of infrastructure. Get a list ready in advance of anything that requires communication such as phoning clients and calling the development team as soon as infrastructure comes back online. When electricity or internet inevitably catastrophically fail, go outside and enjoy the beach rather than staying in and stressing.

Be honest with clients.

Be honest with potential clients and let them know you are based abroad. Use this as a selling point, by promoting the advantages such as the fact that their software will be developed at a fraction of the cost of having it developed in their own country, while maintaining the same level of high quality.

There are plenty of European, American and Australian ex-pats living in Asian cities. Many of these are highly skilled yet may not be able to get a local job. These ex-pats can be hired for client relationship management to further provide confidence that your outfit is professional.

Experience taught me that giving someone a paid interview with real work for one week is the best way to find truly qualified candidates. If they are good, you have found your next employee. If they fail, they get paid anyway and haven’t wasted much of your time.

In developing countries doing simple things such as checking a bank balance or paying a bill online is normally performed manually. Hire ‘runners’ to queue on your behalf, pay bills, run errands and even do the grocery shopping. They charge around $5 per hour and will free up your time immensely. While this may be viewed as snobby or backwards in our own countries, in Asia it is common, and provides a small extra income to locals.

While there were times when we were ready to throw in the towel, being adaptable but sticking to an ever expanding list of rules we set for ourselves, helped us to survive the experience, and made our company and relationship stronger as a result. Planning, coding and launching a product or service from your backpack is not for the faint hearted, but it offers an opportunity to step out of the box and see where your newfound freedom will take you. 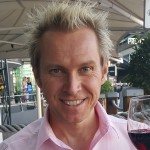 Martin Hunter took 12-months off work to travel the world with his wife Jinky in a journey which stretched into 5 years, founding a successful Philippines-based web design company from scratch. He sold the company after travelling 13 Asian and 14 European countries. They founded Free Event Finder.