A recent New York Times article about the culture at Amazon has put this topic at the front of everyone’s minds… again.

And it created some discord between my husband and I.

As a business owner, developing a positive company culture and supporting employees is incredibly important to me. The employee stories that surfaced as a result of the Amazon article made me cringe.

I firmly told my husband that we needed to cancel our Prime account immediately in support of the people who work there. His responded with, “But they work at Amazon. They can get any job they want. They have the freedom to leave if they’re not happy.”

Before I dive into it, let me define culture.

A way of life of a group of people – the behaviors, beliefs, values, and symbols that they accept, generally without thinking about them.

Therefore, company culture is not created by one person. It’s constructed by the larger team. Yes, there’s a culture I’d like to see and encourage. But at the end of the day, it’s my team that can tell you what our culture is and what it is not. The trap leadership often fall into is this: they believe a culture they think they have created while their employees are existing in an alternate reality.

I have a mantra about giving internal teams time, outside of client work, to research and develop projects that they dream up. The goal is to move them from robotic tweet writing and micro design hours, in order to tap into their real talents. I am committed to building “innovation time” into our weekly non-billable hours, allowing time for internal teams to explore and create new ideas under the umbrella of research and development. This “innovation time” is the critical engine to keep client work fresh while leveraging people’s talents and enhancing team building.

But alas, as I’m writing this, we have hit a roadblock with an internal project which is now pulling more resources and time than was expected. And we’re all emotional about it because it’s our baby. Tensions are high and we haven’t solved one big issue, days before we present this idea to the world.

Literally as I write this, I’m wondering if my theory of splitting people’s time between agency work and internal projects can work.

Let me break it down into two parts: the project, and the team. The project may not work. We may not get around the obstacle or finish it in time for the presentation. But the team, and the work the team is doing, is great. The team has put their heads together to solve this issue. I haven’t asked anyone to work after hours; in fact I’m reminding them not to, but they want to solve it. And not just one person in a silo’ed space, developing alone. This is a cross-discipline effort. We have producers organizing data and strategists problem solving code work arounds.

And this is why I believe in this model. We are getting stronger as a team. This project will inform our next client project. We are learning how to jump over hurdles at our own expense. And we’re still laughing, because at the end of the day, we all know that we aren’t curing cancer. And it’s our project, so if we miss a deadline, we aren’t putting other people’s work or lives in jeopardy, this is our sandbox to play in.

Large corporations should stop developing philanthropic projects (i.e. Amazon Smile) before understanding that they are philanthropists just by being successful business owners. They have the ability to change lives, to support families and to allow people to thrive as human beings.

So yes, I’m happy for Jeff Bezos that he had an idea and grew it and profited. But he could have NEVER done it without his team. It took long hours and emotional toil to get that company off the ground, and there was a group at his side during that period. And now, to move the Titanic beast that is one of the largest corporations in America (#29 right after Citigroup, according to Forbes), takes the hard work of many people, working late nights and toiling, to keep the dream going.

And I believe they deserve more. 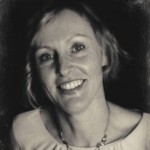