by Dan Prosser, author of “Thirteeners: Why Only 13 Percent of Companies Successfully Execute Their Strategy – and How Yours Can Be One of Them“

It sounds like a notion that should have gone the way of the gold watch, three-martini lunches, and the secretarial pool, but the truth is, patriarchy is alive and well inside of today’s companies. (Yes, even those that are run by women.) And the bad news is that a patriarchal leadership model — one in which the boss maintains a clear line of authority and enjoys special privileges while employees do as they are told — is very bad for your company.

Patriarchy creates a class divide — they/them vs. we/us — and thus erodes connectedness. This is bad news for your company, because connectedness is everything. Without it, there is no way you can consistently execute your strategy.

At least 87 percent of companies fail to execute their strategies each year, and a destructive patriarchal dynamic is one of many possible culprits. Leaders unconsciously fall into patriarchal behavior simply because our country’s culture is steeped in that mindset. All families tend to be patriarchal (or matriarchal) by nature, and it’s all too easy to bring a Father- or Mother-Knows-Best attitude into the workplace. It’s essential to root out and eradicate these patterns.

Here are some warning signs that the patriarchal mindset has taken hold in your company:

There’s a lot of talk about employees and coworkers being treated “like family.”

Sure, “we’re just one big family here” sounds good, because it implies that everyone in the organization likes, supports, and looks out for one another. But even with the best of intentions, it’s a bad idea to relate to employees and coworkers this way.

Most families are dysfunctional. When you play the role of Mom or Dad, you’ll inevitably breed ‘sibling’ rivalries, jealousies, and resentment. Plus, you’ll find yourself tempted to give your so-called ‘family members’ a pass when they drop the ball, whereas you’d hold actual employees accountable in the same situation. That is, if you were actually relating to them as employees and not pseudo-family members.

A sense of entitlement has overtaken the ranks.

To paraphrase Peter Block, entitlement is present when managers believe that their employees’ needs are more important than the business. Almost without fail, this attitude prevails in patriarchies because leaders — who think they’re being benevolent — give their people too much leeway. (For example, “What’s the big deal if Jean is always a little tardy? I don’t want her to get mad and leave so I’ll just overlook it.”)

As a result, employees feel entitled to help themselves to whatever they want, whether they’re taking long lunches, perpetually coming in late, helping themselves to office supplies for personal use, or even embezzling thousands of dollars. Over time, little infractions will eventually turn into huge issues for all of you as the organization loses integrity.

There’s a lot of pretending and secrecy around money issues.

In patriarchies, leaders operate under the pretense that employees are valued and important — maybe even more so than the management. But often, they actually believe the opposite: that they, the leaders, are making all the sacrifices and therefore should be entitled (there’s that word again!) to a little something extra in the way of “executive benefits.”

Of course, this dynamic leads leaders to hide their relative prosperity so that employees will not realize how much they are ‘raking in’. It’s not the fact that leaders are making more money than the rank and file that’s harmful — they should be making more. It’s the pretense and the feelings of guilt that cause problems.

In a patriarchy, leaders will go to great lengths to ensure that the “kids” aren’t unhappy. Meanwhile, employees often withhold their commitment and performance until they get what they want. They may even genuinely feel that they’re victims of management exploitation or mistreatment when they aren’t 100 percent satisfied.

Employees know that ‘Mom’ or ‘Dad’ won’t fire them for acting out. They may even resort to covert acts of revenge until they receive the extra perks they want. And to make it even worse, they may not be consciously aware they are playing that game.

Leadership takes on a cult-like status.

Since only a patriarchy’s leaders can exercise power and dominance over others, leadership (not innovation or growth) becomes the main goal for employees to aspire to. Charismatic leaders are worshiped whether they’re effective or not.

Meanwhile, creating an environment where people can be of service and partner with others falls completely by the wayside.

The idea that each employee has something of value to contribute is missing from a patriarchal system. Employees are never allowed to be their fully human selves; instead, a leader’s ego is inflated by marginalizing others.

That may seem like a harsh indictment. But, this consequence of patriarchy may be hidden under language that pays lip service to people being the company’s most valuable asset. But if you look beneath the surface, you’ll find that talk and action rarely meet. Even language like ‘my people’ implies ownership and dehumanizes individual workers.

In patriarchies, you can bet that leaders have favorite “kids,” or as I call them, “sacred cows.” Sacred cows stand in the middle of the road where they stall progress — but no one is willing to call negative attention to them, much less push them aside.

Whether a leader willfully overlooks unproductive behavior or simply doesn’t see it, favoritism creates a destructive, dysfunctional culture in which everyone else resents and works around the sacred cow. Meanwhile, the leader is likely to see the sacred cow simply as ‘my Starbucks buddy’ or ‘the person who can always make me laugh’ instead of a drain on productivity and morale.

So, what can you do if one or more of these signs is present in your organization? The first and most important step to take is to stop relating to people in terms of their personalities or privileged positions in the company, and start relating to them based on their accountability — how well they keep their promises to produce real results.

If you notice a gap between their words (what they say they are committed to) and their actions, ask yourself if you’ve actually modeled that behavior for them, and then ask the employee what’s keeping him or her from achieving the results they are accountable for. Then work with that person to provide what’s missing. Doing this one thing will spark immense change in your company — and begin to close the doors on patriarchy once and for all. 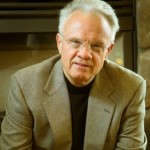 Dan Prosser is author of “Thirteeners: Why Only 13 Percent of Companies Successfully Execute Their Strategy – and How Yours Can Be One of Them“. As CEO of The Prosser Group, he has 15 years’ experience speaking, teaching, mentoring, and coaching business leaders, entrepreneurs, and micropreneurs to cultivate an uncommon approach to building an extraordinary competitive edge. An expert in strategy execution and organization accountability, Dan created the Breakthrough Solutions Framework™ system for organizational transformation and founded Building a Best Place to Work™, The 30-Day Breakthrough Challenge Course™ for entrepreneurs.