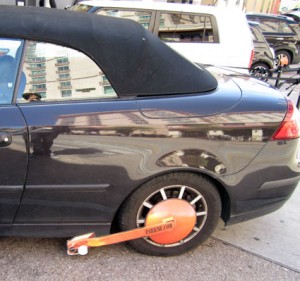 One of the big challenges for many new start-ups is separating themselves from the competition and spreading awareness of the brand/product/service. Unusual, unique and eye-catching marketing campaigns are often pursued in an attempt to become separate from the herd.

Treading new marketing ground can be risky with no previous evidence or case studies to research – however sometimes it does pay off.

Here are five crazy marketing campaigns that paid off for start-ups and new businesses:

The smartphone-powered taxi service has attracted significant negative press since founding in 2009, accused off jeopardising the jobs of traditional taxi drivers. But their marketing campaigns have almost always been a success in promoting the brand and creating a positive impression of the company. When the company was in its infancy, it promoted an on-demand ice cream service in the US in honour of National Ice Cream Month and a kitten rental service during National Cat Day. The positive reception of the brand increased to the point of being named Tech Company of the Year by USA Today.

In 2012, the parking reservation app, ParkMe (pictured), targeted the SXSW festival in Austin, Texas to launch an audacious and risky marketing campaign. Clamping hundreds of cars in the downtown area of Austin with fake cardboard clamps – ParkMe were subjecting potential customers to a rollercoaster of emotions. The clamps included promotional hashtags as well as parking tickets with a free quarter for parking meters. The stunt went viral, with the app receiving plenty of publicity.

Now the owner of a well-established and universally-recognised clothing company, it is amazing to think that Tommy Hilfiger had to rely on rapper Snoop Dogg to bring mass appeal to his brand. In the early 90s the Hilfiger team recognised the potential of collaborating with hip hop stars and approached Snoop Dogg with sponsorship deal. The idea paid off and Tommy Hilfiger became a brand synonymous with the 1990s.

A spokesperson for Leighmans Promotional Business Gifts suggests there is a lesson to be learned from Hilfiger: “Taking a risk with promotional clothing and sponsorship can help your brand appeal to new and wider demographics – potentially opening up a whole new audience.”

The car insurance comparison website, Confused.com celebrated the (otherwise under-celebrated) 50th anniversary of the invention of bubble wrap by using it to protect the UK’s most dangerous street. Using car accident and claims data, Confused.com discovered that Somerville Road, Worcester was the most dangerous street in the country and wrapped the entire street in bubble wrap on 27 January 2010. The press, bloggers and social media went crazy for the stunt which combined just enough silliness with a serious message.

Using biodegradable bubble wrap, the company’s PR company then donated it all to Oxfam to ship goods to Haiti after the country suffered the devastating 2010 earthquake.