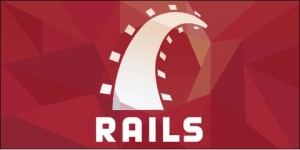 Discovering a niche market is the first step to getting that coveted first mover advantage, but today’s technology makes it very easy for other companies (especially well-funded ones) to quickly move in on your idea. Ruby on Rails experts work quickly and efficiently to help you carve out a loyal following before the competition strikes, and stay ahead of the game by helping you implement new innovations in web services and applications.

What Separates Ruby on Rails from the Pack?

Programming with Ruby on Rails (RoR) is like putting together an Erector set. All of the pieces you need are already provided for the program by a vast library of open source code made available for private and commercial use via the Rails community. All the programmer has to do is pick and choose the right pieces to put together in a certain configuration. What we’ve just described is an object-oriented modular framework.

Other languages would require you to write every line from scratch. In Erector set terms, this would be like creating each and every piece from scratch before putting them together to build that bridge or tower. Each metal beam would have to be stamped out. Individual nuts and bolts would have to be forged and coated. The same goes for wheels, pulleys, gears, motors, and more.

How Does the RoR Programming Help You?

RoR is obviously great for programmers. It makes their lives a lot easier, but what’s in it for you?

Because it’s so efficient, Ruby on Rails experts can create sophisticated and powerful applications in a fraction of the time it would take with other languages. The RoR community has also developed a strong focus on testing, and has good testing frameworks to help ensure flawless operation.

Moving Up and Moving On.

Consumer technology companies like Apple and Samsung are constantly developing new products and services. Before the iPhone 4 was even announced, Apple probably already had the framework for developing the iPhone 6. You should be doing the same.

RoR’s modular framework makes it easy to accommodate tweaks and changes. It is mostly self-documenting and written in a way that makes it easy for one programmer to pick up from where another one left off so that nothing can stop you from keeping up the pace.