by Steven G. Blum, author of “Negotiating Your Investments: Use Proven Negotiation Methods to Enrich Your Financial Life“

Life is a series of negotiations. While we may realize this in theory, we probably don’t realize how often it applies in practice. Your work schedule, your pay and benefits, prices in big box stores, cell phone contracts, day care arrangements — you name it, it’s negotiable. The notion that you just have to fall in line and accept the options you’re given is an extremely limiting one.

This is a whole different way of looking at the world. We all know we can negotiate car or real estate prices, but the idea that everything is negotiable is foreign to most of us.

Sharpen your negotiating skills and you’ll unlock options and opportunities that you may have assumed were closed to you. This can truly change your life.

Before you can negotiate anything, you have to know how to start the dialogue and how to ask right the questions. Here are some tips:

1. Know what you don’t want, what you do want, and what’s even better.

One of the most important things a negotiator can do is figure out what she is trying to gain or achieve. When you know exactly what you want, you can be purposeful in keeping the process moving toward your goals and avoiding measures that might throw you off course.

Don’t make agreements based on the idea of ‘winning’ if they don’t get you what you really want. Don’t worry about whether the other side is getting too much — that does not matter as long as you reach all your goals. And once a good deal comes into view, see if you can improve it before you close the deal.

2. Harness the power of BATNA.

In negotiation, power comes from alternatives. You must identify your Best Alternative To a Negotiated Agreement (BATNA). Doing so lays the foundation for increasing negotiating strength, which presents the potential for greater control, influence, and authority. You will never accept a deal unless it is better than your BATNA. It forms a minimum acceptable level for you.

Here’s a quick example: Sam and Sara both decide to approach their boss and ask for a 10 percent raise. Sam’s strategy is to make a list of everything he does for the company. Surely, he thinks, if he documents all he does, the boss will realize how valuable he is to the company. Sara, on the other hand, writes letters and makes some calls and ends up getting an offer from a competing employer. The offer comes with a salary that’s 4 percent above her current pay level.

Initially, the boss tells both employees that a raise isn’t possible at this time. Having failed to strengthen his BATNA, Sam has little leverage. He simply thanks his boss for his consideration and goes back to his cubicle. But Sara’s story doesn’t end here. She tells the boss she’s received an offer from a competitor and must decide whether to accept it. Not wanting to lose Sara, her boss asks how much salary she has been offered. She replies, “While they demanded confidentiality, I can tell you it is more than I am currently making.”

3. Aim for higher than just win-win.

As you begin to hone your negotiating skills, you might be tempted to seek out “win-win” solutions. Doing so might seem like a great way to keep your relationship with your negotiating partner positive, but the approach can actually backfire, causing you both to settle for the first plausible solution that improves everyone’s position.

For example, Randy the Realtor was trying to get her client (the buyer) and the other side (seller) to agree on a price. The buyer was moving from a “low tax” town to one whose wealthy school district could better serve her special needs child. The two sides were only $600 apart. So Randy teamed with the other side’s agent and said, “Sign this deal right now and we’ll cut our commissions by $150. We want each of you to compromise your price demand by $150 each. That will total the entire $600 in dispute and everyone will share the burden of compromise equally.” The deal closed and the two agents toasted each other for the “win-win” solution.

But Randy had failed to notice the value that was being left on the table. The client was going to need a real estate agent to sell their old property. Randy might have worked that into the bargain by aiming higher than merely “win-win.”

4. See that your interests come first, but make sure others’ interests are served, too.

Good negotiators pay a great deal of attention to underlying interests. They seek a deal that meets their own interests very well, satisfies the interests of other parties sufficiently, and adequately addresses those of all important players who are not part of the actual negotiation.

If the agreement does not meet the needs of the other negotiation parties, they will not agree to enter into the deal. If they are somehow tricked into signing a contract that does not really work for them, they will seek ways to sabotage, escape, or otherwise not comply. That is not good for anyone.

Keep in mind that what you view as being a ‘good outcome’ might not be that good if it leaves the other negotiating party feeling worse off or victimized. Chances are you’ll need to negotiate with certain people on more than one occasion, and you don’t want to burn those bridges by leaving them feeling you’ll take advantage of them the first chance you get.

5. Don’t get distracted from your real goal.

Many people pride themselves on a competitive tenacity that leaves nothing on the table. If possible, they take the table as well. But research has shown that many of these winners end up regretting their victories.

Competition is a natural and necessary motivator, yet it does not always bring a happy ending. The desire to win represents a dangerous shift in focus: Besting the competition becomes the primary goal, and the outcome itself becomes secondary. Paradoxically, the strategies and behaviors that follow are usually self-damaging. Avoid hurting your own efforts by keeping your eyes firmly fixed on where you really are trying to go.

6. Insist on both a fair process and a fair outcome.

Good negotiators refuse to be part of a process, or outcome, that is anything less than fair. Leading negotiation professors urge us to look to authoritative standards and norms, such as market value, precedent, and equal treatment, to help delineate fairness. Just as a skilled negotiator will never agree to a deal that does not do a good job of meeting her interests or that is not better than her best alternative, so, too, she should decline one that is observably unfair.

7. Pay attention to power dynamics. Don’t accept a power imbalance that leaves you at a disadvantage.

Where the power dynamic in place is neither a necessary consequence of larger roles and relationships, such as deferring to a government official, nor a good one for advancing a negotiator’s interests, work to change it to your own advantage. Don’t be rude or inappropriate, of course, but also don’t be afraid to question anything that seems unfair or detrimental. Always own your power and politely decline any part of the negotiation process that makes you feel uncomfortable, disadvantaged, or manipulated.

The mere fact that you have insisted on forthrightness, and unwaveringly offered it, does not mean you should entirely trust the other parties. The best advice is to always act in a trustworthy manner but do not assume that others will do the same. Be extremely cautious about placing too much trust in others. Better to allow your confidence to build slowly as it is earned. And never trust anyone whose incentives and interests suggest strong motivation for them to defect.

9. Be mindful of each “little agreement” step.

The negotiation process is made up of a series of little agreements. Pay attention to them not only as they affect you, but also with an eye toward their impact on your negotiating partners. The idea is to use small commitments to pave the way for the other party to easily agree to the next step. Before you know it, you will find yourselves marching confidently, arm in arm, toward agreements that ensure good outcomes for everyone.

The key is to ask previously prepared questions and, just as important, listen well enough to pose precise follow-up questions. Probing and clarifying the other party’s position requires that you listen carefully and formulate good questions on the spot. Strong listening skills, along with good preparation habits and the ability to express thoughts clearly, are among the top traits of the most effective negotiators.

Negotiators respond to what is referred to as a closing window of opportunity, i.e., making an offer that is good for only a limited amount of time. When a proposal or offer is structured to end at a certain time, the scarcity effect adds pressure.

Another factor that causes scarcity is competition. When everyone else wants something, there is a tendency for us to want it more, too. Making it clear that everyone desires the item for sale can make even those with little use for it determined to buy it. Nobody wants to be left out.

People seem to be hardwired to greatly fear loss, and that’s why creating scarcity can be an effective negotiating technique. A take-it-or-leave-it tactic or an ultimatum in a negotiation can raise the scarcity effect to sky-high levels.

If I could offer only one suggestion to improve your negotiating, it would be this: If you prepare fully for each negotiation, you will do better. It is that simple. As a general rule, the more prepared you are, the better your outcomes will be.

Practice makes perfect. Use every opportunity to test out your skills and think through situations as if they were important negotiations. As you practice, you’ll become a more agile negotiator, able to work around tough situations and create much better outcomes for yourself.

One of the best things you can do in the closing and commitment stage of a negotiation is to be patient. The negotiator who is not rushed has a favorable position and is free to work for the best possible deal. Some methods to help make this attitude possible include starting early, not procrastinating, and avoiding negotiating when you are in a needy state of mind.

Negotiation isn’t just about getting a better price for a product or service. It’s about dramatically improving the quality of your life, creating better outcomes for everyone, and even building more harmonious relationships. Improving your negotiating skills is an effort worth making. 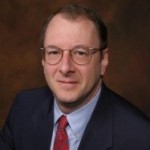 Steven G. Blum has been teaching in the Department of Legal Studies and Business Ethics at the Wharton School of Business of the University of Pennsylvania since 1994. He is author of “Negotiating Your Investments: Use Proven Negotiation Methods to Enrich Your Financial Life“, holds two law degrees, and has been guiding clients through all aspects of their financial lives for more than 30 years.