by Nicola Layland, a business recovery specialist and senior manager at Cashsolv 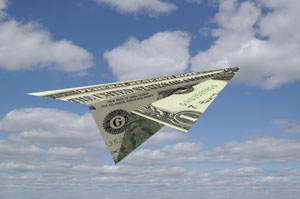 Entering in to a Company Voluntary Arrangement is something which should not be undertaken lightly, but if it is carried out correctly, it is an invaluable cash flow management tool for a struggling startup, which can be used to settle the business debts.

When the alternative to a Company Voluntary Arrangement could be voluntary insolvency, getting the CVA properly drafted and implemented is of upmost importance. The question of how to manage all the different parties including trade suppliers, staff, the landlord, the bank and HMRC for example, before and during the process, which can seem overwhelming but in reality is not, is considered here.

Managing creditors (including the bank and HMRC).

For the Company Voluntary Arrangement to be approved it must be accepted by the unsecured creditors (75% of those voting) and therefore what they will be willing to accept must be considered. If a proposal is put forward which is not appealing enough the creditors could reject it, you therefore need to have some idea of how they will react. In situations where there are large key creditors it is worth approaching them when the CVA is still at the “first draft” in order to get their reaction. If the response is not positive, at least there is time to alter the arrangement before it is put forward to all creditors. If they like the proposal, this gives a good indication that the Company Voluntary Arrangement will be approved. There may be an element of trade off, but you must ensure that the CVA is not allowed to be extended to such terms that the company can no longer afford it. You must therefore know what the maximum is that the company can realistically achieve.

All creditors other than secured lenders, such as banks, are bound by the Company Voluntary Arrangement, regardless of if they attended the meeting or were within the 25% by value that may have disagreed with the proposal and actually voted against it. The banks are desperately trying to avoid their own bad debt and bad publicity, so unless there is an overriding compelling reason to stop the CVA they will normally be happy to sit in the wings and allow it to proceed.

HMRC have an obligation to provide a better financial return for the tax payer, as opposed to winding up a business. It is usually in everyone’s best interest to allow the company to continue to trade. As HMRC are involved in nearly all CVAs as a creditor they have become pretty used to the issues involved and follow a fairly standardised approach.

As involuntary creditors (HMRC did not agree to provide credit) their ‘unique’ concern is whether they are likely to incur further losses as a result of their position and not being able to prevent future new debts to them being incurred. Your Insolvency Practitioner should therefore be able to prove and document to them how payments can be met in the future.

When you review all of your creditors you may decide that there are some creditors which you do not want to include in the arrangement and instead you want to deal with these separately. If this is the case it will need to be handled carefully by a qualified professional as a CVA requires all of your creditors to be included, however some professionals will be able to offer you alternative unique creditor payment plans to tackle such situations.

If a Company Voluntary Arrangement is agreed as the way forward and it is accepted by creditors, the Supervisor who manages the CVA will then take over dealing with the creditors and therefore the company can move on from daily cash flow battles and demands from creditors and get back to running the company. The management of the creditors will become the Supervisor’s responsibility and the company therefore just needs to ensure that it meets the requirements of the Company Voluntary Arrangement, which would usually be a monthly payment, called a contribution, being made to the CVA fund.

The CVA is an agreement between the company and its creditors. As the Company Voluntary Arrangement is about debt management and saving the company it would be very unlikely that suppliers would withhold supplies due to the CVA, initially though they may want to have short payment terms until they are comfortable that invoices will be paid. As the Company Voluntary Arrangement freezes old debt, the cash coming into the business will be available to pay for new supplies. It is key to make sure that ongoing supplies are paid for before they become overdue, this will build up a good reputation with the supplier and extended payment terms can then be requested. If for some reason an invoice is going to become overdue, communication is key to keep the relationship going.

It is likely that your employees will also be aware of the Company Voluntary Arrangement and the obvious immediate reaction may be one of concern. Communication is vitally important, particularly if they have any misunderstanding of what a CVA is and how it will affect them. They will need to understand that the Company Voluntary Arrangement is about rescuing the company and therefore is a positive for them. By entering in to the CVA the company is improving its future viability which in turn will result in ongoing jobs for the employees.  Some directors may consider putting in place an incentive scheme, where the successful conclusion of the CVA results in some kind of bonus for the employees, whether it be monetary or otherwise.

There are still many negative myths and untruths circulating about the success of a Company Voluntary Arrangement, each of which are unwarranted. What is clear is that in managing all of your stakeholders during a CVA, communication is key. They need to understand that the objective of the Company Voluntary Arrangement is to manage debts by settling creditors at an agreed rate and returning the company to profitability, with the focus very much on ongoing business success. 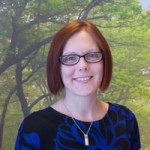 Nicola Layland is a business recovery specialist. She started work in the Business Recovery profession in 2003 and has continued to pursue an ethos of working with distressed businesses to help them overcome their financial problems. As a Senior Manager of Cashsolv, she offers advice and support to overcome cash flow problems and identify possible underlying problems that can be addressed to ensure a positive future for your business.