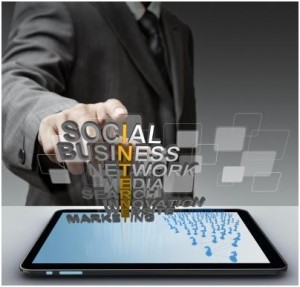 Social media marketing is a hip and brilliant way to drive traffic to your business. But are you doing it right? Facebook, Twitter, LinkedIn, and Google+ are fantastic networks that, when used correctly, can give you exciting marketing opportunities that lead to conversions. If you’re using these platforms, make sure you’re not making any of these ghastly mistakes.

It’s tempting to stretch the truth about yourself or your business when you’re not face-to-face with customers. After all, one of the core aspects of marketing online is to attract followers and get “likes.” Don’t do it. If anyone finds out you’re not everything you say you are, your integrity will go down the tubes right alongside your reputation.

Don’t list experience or connections on LinkedIn that you don’t really have; don’t fudge data or post photos that depict something less than the truth about you or your product; and don’t create phony online identities to advocate your cause. Chick-fil-A learned this lesson the hard way when it was accused of using a fictional Facebook account to defend President Dan Cathy’s infamous anti-gay remarks. The company denied the accusations, but some critics remain unconvinced.

Your competitors might be the worst people in the world. Their products might be wretched and their manners deplorable. Take the high road and don’t badmouth the competition online — at least not without boning up on the art of badmouthing first.

Wall Street Journal contributor Norb Vonnegut advises marketers to “compete with facts.” You might find it beneficial to address the quality of your competitor’s product, but do it in an honest, factual way that won’t make you look vindictive or come back to haunt you later.

Inflicting Spam on Others.

Nobody likes spam, but even a successful Global 500 company like Toyota can make the mistake of bombarding customers with it. During the 2012 Superbowl, the famed car company used Twitter to advertise its new Camry Effect. Users who tweeted Super Bowl-related hashtags suddenly found themselves bombarded by @CamryEffect offers to win a car. Toyota Social Media Manager Kimberley Gardiner released a public apology shortly after the annoying incident.

Toyota obviously recovered from the flub, but smaller businesses without Toyota-grade clout might want to sidestep this type of scenario by avoiding spamming practices altogether.

The inner workings of Twitter are a bit complicated. Here’s a quick and dirty tip: Never begin a tweet with a username. If you do, the only people who will be able to see the tweet are you, the named user, and any followers who happen to subscribe to both of your feeds.

Consulting the Twitter Help Center before embarking on a Twitter campaign will help you avoid this type of mistake.

Facebook’s terms and policies often change. While this sort of fine print certainly doesn’t make for lively beach reading, it’s necessary to keep up with changing regulations if you want the most bang for your buck on Facebook. Hint: Some restrictive marketing regulations were recently lifted on Facebook. The discovery of these changes is a gift to all social media marketers who take the time to read and understand them.

There are a few grammar nazis who would have your head for the sin of a split infinitive. Then there are the everyday folks who judge you harshly for offensive grammar felonies. Forbes lists the following deal-breakers that every marketer should avoid:

Misspellings are bad news, too. Just ask Mitt Romney, the 2012 U.S. Presidential Candidate who spelled the word “America” (AMERCIA) incorrectly on his iPhone app. It probably didn’t cost him the election, but it was embarrassing nonetheless.

Social marketing is fun and effective, but it isn’t foolproof. Be creative with your online tactics, but don’t be reckless. You can protect yourself and your campaign by learning from the mistakes of others, avoiding these silly and preventable online marketing blunders.

Teddy Hunt writes about technology and business. His passion to assist nonprofits has led him to work for Goodwill and a Feeding America Food Bank as a social media strategist and web content manager. Teddy is a regular contributor to socialbrite.org where he offers business and marketing strategies for the nonprofit sector.