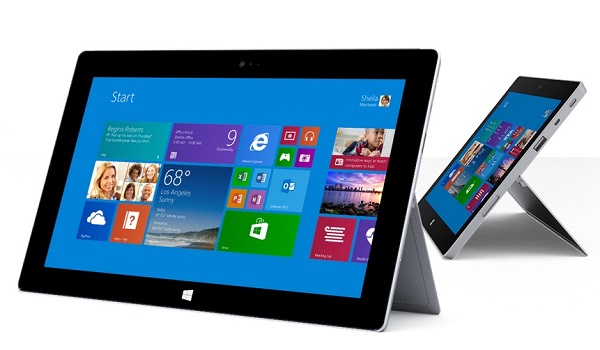 When Microsoft’s first generation Surface RT hit the market over a year ago there was much curiosity, and just as much confusion, about the tablet device. Aside from the Xbox the Surface represented Microsoft’s first real foray into tablet hardware, which was not only seen as going up against Apple’s much vaunted iPad, but also seemed to compete against many of the consumer devices – think touchscreen Ultrabooks – being peddled by Microsoft’s hardware partners, especially those that employed Microsoft’s then-new Windows 8 OS platform.

Microsoft later added to that confusion by launching the Surface Pro which eschewed the ARM-driven RT for Windows 8, and going head-to-head with its partners. It then inexplicably drastically cut the price for the Surface RT mere months after its launch, which made it far more affordable for users but also raises questions about its strategies surrounding its Surface RT and Surface Pro products. Which brings us to the Microsoft Surface 2, the much improved predecessor to the original Windows Surface RT.

Visually the Surface 2 is a near direct copy of the original, with almost exactly the same silhouette. But it’s thinner and shaved off a few grams for added portability too; the most striking difference comes when you actually turn the machine on to take in the new 1080p ClearType Full HD screen and experience the far zippier NVIDIA Tegra 4 (T40) 1.7 GHz Quad Core processor, especially for those of us who’ve actually used the original Surface. Apps run far more smoothly, with nary any lag between touch inputs.

Other improvements? The kickstand has also been redesigned: it now locks in two different positions and feels far more sturdy. This may not sound like a big deal, but if you’re a taller user you can now adjust it for better comfort while viewing, and more importantly it fits a lot better on the tray table of an economy class seat of an airplane without falling off the table or having it crushed when the passenger in front adjusts their seat back. The new Surface 2 offers a two-camera setup similar to the Surface RT, but now features 1080p video capture with a 3.5-megapixel camera in front and a 5-megapixel camera in back. Thanks to more efficient internal hardware, battery life is also extended – Microsoft claims that the new Surface 2 has a battery life of around 10 hours of mixed use, compared to the 8 hours one can derive from the older machine. And if you’re interested in the optional Type Cover 2 and Touch Cover 2, they’re now backlit for better visibility in the dark.

But its major bugbear exists. The ARM-driven RT can’t run normal Windows programs (to be fair, it’s not really supposed to); thankfully the number of apps in the Windows Store catered for RT devices have expanded quite some since the launch of the original Surface RT. And while we don’t think  most people will buy a Surface device for gaming, there are new games such as Asphalt 8: Airborne, Avengers Initiative, and Despicable Me: Minion Rush, among others, for those who need some entertainment on the go.

The real advantage of the Surface 2 – just like the original RT version – is the ability to run pretty much every Microsoft productivity tool you need in a work context despite its diminutive size. It’s clear Microsoft recognizes the market for this product – the “Road Warrior Lite” – and why it bundles and pre-loads Microsoft Office Home and Student 2013 RT and Outlook 2013 RT in the device. It’s even bundled 200GB free storage with its OneDrive cloud storage service just for this purpose, as well as unlimited Skype Wi-Fi available at more than 2 million hot spots worldwide for one year. We’ve taken this on an overseas trip and it’s worked like a charm for blogging on-the-go, video conferencing as well as working on the odd Excel file or two.

Some may point out that for that particular market segment there are near limitless choices as far as portable consumer devices go, especially with the plethora of Android devices that can essentially do the same (or more) with the right suite of apps, at a lower price point. The Microsoft Surface 2 may still seem to be a bit of a compromise for those road warriors more used to a full-sized laptop. But in the category that it competes in – that segment of users who prioritize portability and yet requires accessibility to a full Microsoft suite of apps – it definitely is worth exploring.

Especially if Microsoft slashes the price of the Surface 2 a couple of months down the road.