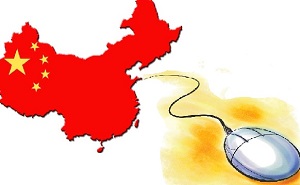 After being unseated last quarter by Indonesia, China has regained its spot as the source of observed attack traffic in the third quarter of 2013. According to cloud service provider Akamai Technologies latest State of the Internet Report, China retook the lead contributing around 35% of total malignant Internet traffic- such as Distributed Denial of Service (DDoS) attacks – across the world even as the third quarter of 2013 saw fewer attacks – 281 – compared to the previous quarter.

Indonesia, which had surprised many by overtaking China the previous quarter, fell back to second place after its share of attack traffic fell from 38% to 20% this quarter. Overall, the distribution of attack traffic remains heavily weighted towards the Asia Pacific region, which contributes a significant 68% to total attack traffic with Indonesia and China contributing a combined 55%.

The Internet content delivery provider maintains a distributed set of unadvertised agents deployed across the Internet that log connection attempts, which the company classifies as attack traffic. Akamai identifies the top countries from which attack traffic originates, as well as the top ports targeted by these attacks based on data collected by these agents.

The same report also highlighted that global average connection speed continued its upward trend in the third quarter of 2013, climbing 10% over the previous quarter to 3.6 Mbps. A total of 122 countries/regions that qualified for inclusion saw average connection speeds increase during the third quarter, with growth ranging from 0.5 percent in Namibia (to 1.1 Mbps) to a 76 percent increase in Nepal (to 3.6 Mbps).

“In the third quarter of 2013, we observed that long-term growth in average and average peak connection speeds remained strong, as did growth in global broadband and high broadband adoption rates. We believe these trends point to continued improvement in the quality and performance of Internet connectivity in countries around the world,” Belson explained.

Below is an infographic outlining the findings of Akamai’s latest The State Of The Internet Report: