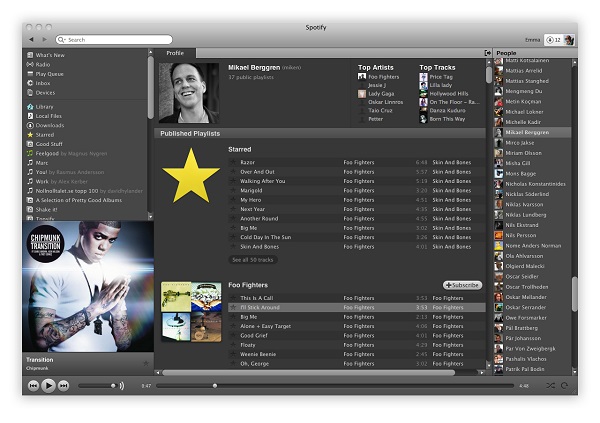 Spotify‘s recent move to give free access across all mobile devices (with a little catch – to be explained later) is likely to spark off another frantic phase in the music streaming app wars. Previously you had to pay for Spotify’s premium service to be able to get the music streaming app on your mobile device, but with the new announcement that’s made available for tablet users for free. You can also get a limited form of the service on smartphones: you still get free stuff, but users have less control on the music they listen too – you can select a specific music artist, but not specific songs from that artist. It’s a curious way to tier a freemium service, but Spotify must see this as a way to get more people to use its streaming service.

Spotify’s announcement comes not long after competitor Deezer revealed that it has more than doubled the number of its paid subscribers in a year, reaching 5 million paid subscribers across more than 180 countries. Deezer CEO  Axel Dauchez also confirmed some 11 new telco partneships to bring the total to 25 globally. In a recent tie-up, Deezer partnered with Singapore-based telecommunications provider M1 to offer unlimited music with its premium service to its customers at just SGD$5.99 per month.

The question is, though – how do music artists benefit from all this? We’re not sure, so we’re turning to this infographic put together by Gryffin Media. Apparently, not quite enough. If you’re a Spotify artist and looking to get more plays and subscribers, it can be a good idea to check this out.