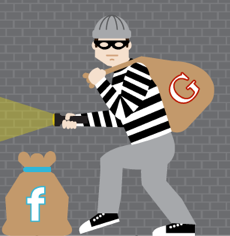 Here’s some good and bad news for Singapore – the good news is, cybercrime incidents in the country this year as reported has dropped by almost 25%. The bad news, however, is that those who do fall to cybercrime are losing so much more than before. According to the latest 2013 Norton Report by Symantec, the number of online adults who have experienced cybercrime has decreased from 48 percent in 2012 to 37 percent this year, but the average loss per victim has skyrocketed by 75% at S$1,448 from S$826 in 2012.

While cybercrime in Singapore is generally low compared to other high-risk countries (Russia sees 85% cybercrime rate, with China at 77% and South Africa at 73%), the sharp rise in losses from cybercrime is cause for concern.

“Today’s cybercriminals are using more sophisticated attacks, such as ransomware and spear-phishing,which yield them more money per attack than ever before,” said Philip Routley, Symantec’s Product Marketing Manager for Consumer & Small Business. Ransomware refers to malicious software that restricts access to the systems it inflicts, while spearphishing are specific, directed attacks at individuals and companies aimed at acquiring sensitive and confidential information such as usernames, passwords and even credit card details.

“With 59% of consumers using their personal mobile device for both work and play, this creates entirely new security risks for enterprises as cybercriminals have the potential to access even more valuable information.”

This year’s report also shows that while consumers become more mobile and connected, these conveniences often come at a cost to them and their security. Despite the fact that 79 percent of those surveyed own smartphones and 40 percent own tablets, two-in-five don’t take basic precautions such as using passwords, having security software or backing up files on their mobile device. Worse yet, it’s not purely down to ignorance – two-fifths (44 percent) of consumers surveyed admitted that the convenience of being constantly connected outweighed any potential security risks. Even when 67 percent said that there is no such thing as “online privacy” in today’s world and 64 percent assume that “everything they put online will / can be seen by any and everyone.”

“Unfortunately while consumers are protecting their computers, there is a general lack of awareness to safeguard their smartphones and tablets. It’s as if they have alarm systems for their homes, but they’re leaving their cars unlocked with the windows wide open. This carelessness places them, and their digital identities, at risk,” he adds Routley.